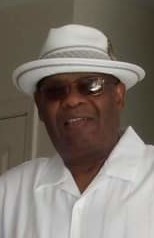 Willie Nelson Scott 73 of Erie departed this life quietly on May 17, 2021 when the Lord called him home.  He was born April 26, 1948 in Somerville, Tennessee to the late Vander Scott Sr. and Laura Douglas-Scott.

He received his formal education in Martin, Tennessee and Cleveland, Ohio prior to relocating to Erie. Willie was last employed by the Erie Coke Corporation prior to his retirement following 21 years of exemplary service.  He was a member in good standing at the Community Missionary Baptist Church and a former member of Bread of Heaven Tabernacle of Praise where he served as a Trustee and the Mount Pleasant Missionary Baptist Church serving as Trustee and member of the Usher Board.

He was soft spoken, a man of few words, yet full of humor with an infectious smile.  He loved fishing, and traveling to Tennessee and Georgia.  He was an avid Cleveland Browns fan.  Willie loved his family, but most of all he loved his Lord and Savior.

Special thanks to his grandsons DeAndre and Dwayne who assisted with his care prior to his hospitalization.

Viewing will be from 10am to 11am; one hour before the Home Going service on Saturday, May 29, 2021 at 11a.m at the St. John’s Lutheran Church 2216 Peach Street Erie Pennsylvania.  Minister Willie Jordan, officiating and Pastor Charles Mock eulogist. Burial to follow in Lakeside Cemetery.