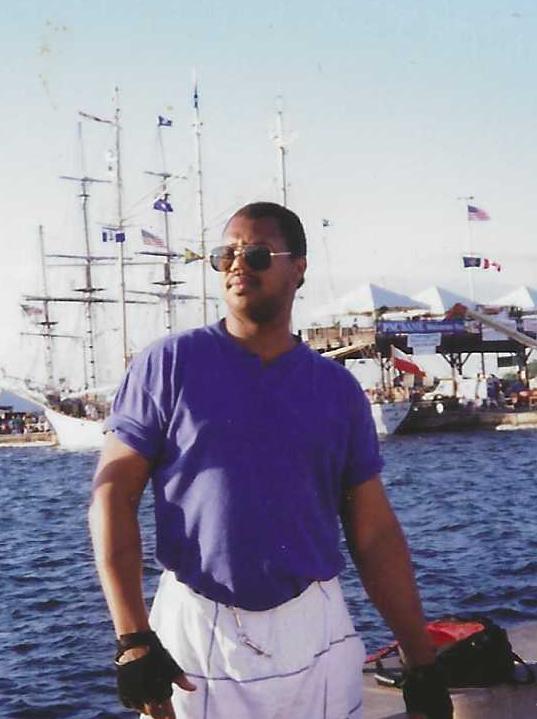 He was raised in Erie, and graduated from East High School, class of 1973. Tommy was later drafted into the United States Air Force, on September 5, 1974. Upon retiring from the Air Force, he worked for General Electric for twenty eight and a half years, serving as the union steward during that time. Tommy lived his life as a giving man, loving father, grandfather, uncle, and brother. He was a man of many sayings, “Rock and roll knuckle head.” A faithful and dedicated Miami Dolphins fan. He will be greatly missed and continuously loved. May his legacy of giving continue on through those that he touched in his lifetime.  He loved the water, especially the tall ships in Lake Erie.

He leaves to cherish his memory and love: His daughter Erickia Conway, and two grandsons, De-Jrion Rasheed Rucker and Errik Lamont Cooper Jr. both of Tacoma Washington. Tommy is survived by six sisters, Carolyn Jones (Robert Nathanel), Anne Harbison (Wayne), Rita A. Smith, Leslie Jones (Alvin), Carrie Jean Garlington (Anthony), and Janet Roberts, all of Erie. He is further survived by two brothers, Dale Smith (Cassandra) of Erie, Wilbur Meyers, of Butler, PA, and a sister in law Claritha Meyers, of Erie. A host of nieces, nephews, *god children, great nieces, and *great nephews, who he had a very special bond with, and we pray you keep those memories very near and dear to your hearts.

Friends are invited to call on the family Saturday, October 2, 2021 from 11:00 a.m. until the time of the service at 12:00 Noon, at Burton Quinn Scott Cremation & Funeral Service Inc. Downtown, 602 W. 10th Street, Erie. Interment will follow in Lakeside Cemetery.