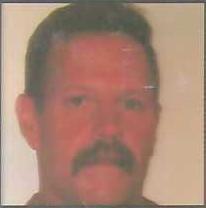 He was born on January 10, 1963, in Erie, a son to the late William R Harvey and Anna Mae Reszkowski Harvey.

Bill graduated Class of 1981 from Fort LeBeouf High School. After graduation, he served in the United States Navy. Over the years, he worked as a mechanic at his father’s shop, an operator at Grimm Industries, with his brother at Geiger & Sons, and Custom Plastics. He loved NASCAR and watching football, especially the Cleveland Browns.

He was preceded in death by his father and sister, Kristen Harvey.

Bill is survived by his loving wife, Bonnie Wiley Harvey; his mother; a sister, Stacy Lossie (Paul); a brother, Steven Harvey; three stepchildren, Amanda, Nicole and David; and a niece and nephew.

Service will be private and held at the convenience of the family. Arrangements are entrusted to the Burton Funeral Home Inc, 525 Main St, Girard, PA 16417.