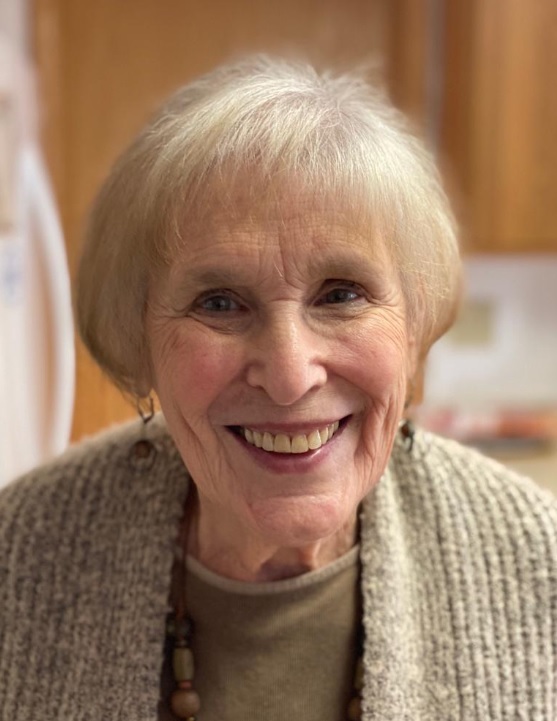 Ruth Esther Waidley, née Mellen, age 81, of Erie, PA, passed away in her sleep of natural causes on Friday, September 9, 2022, while vacationing in Page, Arizona.

Ruth was born in Portland, Oregon on December 13, 1940, the eldest daughter of the late Ned and Julia Friedman Mellen. Ruth grew up in Detroit, Michigan, and graduated from Mumford High School in 1958. She continued her education at the University of Michigan in Ann Arbor earning a Bachelor’s of Arts degree with Honors in Psychology in 1962.  Taking the role of life-long learner seriously, Ruth completed numerous professional educational certificates throughout her career, most notably the IRS Volunteer Standards of Conduct course needed to assist seniors with tax preparation.

From her youth, Ruth displayed and put into practice the personality traits that would define the incredible woman she would become. The first being not just unwavering enthusiasm for anything she applied herself to but a genuine overall zest for life. The second included both a generosity of spirit and endearing kindness. Last but not least was a constant unwavering unconditional love and devotion to family and friends.  The combination of which would instill her reputation and legacy as someone who positively affected and served as a healing balm to each and every person she would meet throughout her life.

Known as a bit of a social butterfly during her teen years and nicknamed “The Honeypot” for her endless stream of boyfriends, Ruth would in fact find her first true and everlasting love during this period. Although a huge camp fan, it would not be one of the boys of summer, however, but rather the Boys of Blue who would eventually win her heart! What began as a “young love” crush during her annual trip to Ann Arbor at the invitation of her cousin Art Friedman and accompanied by her beloved younger sister Audrey, Ruth’s devotion to the University of Michigan football would blossom both passionately and vocally, as those who had the great (albeit deafening) pleasure of watching a game with Ruth in person can attest, and would remain one of her greatest joys until her death.  That being said, Ruth was not in a swoon the remaining six days of the week, and perhaps in training for Saturdays, she channeled her boundless enthusiasm and energy into countless activities at Mumford High, including the swim team and the school newspaper, as well as the Jewish community as a youth group leader, confirmation graduate and yearbook editor for Temple Israel in Detroit and an active member of the national Jewish youth organization NFTY.  During this time, she also began, at the impressive age of only 17, her life as a world adventurer, striking out across the Atlantic with her “bonus” sister from 6th grade until her death in 2019, Barbara Robinson, née Blacher, on a youth tour of Italy. Ruth did in fact pursue this passion until her passing, circumnavigating the globe numerous times with both her husband, James, and later her life partner, Richard, as well as numerous other family members and friends.

Upon graduation from high school, Ruth once again alongside her “sister” Barbara set out for another adventure, this time to the University of Michigan in Ann Arbor - Go Blue! While there, Ruth continued to advance and hone her active lifestyle as a dedicated student, earning Mortar Board membership, serving on the Mary Markley dorm council, helping to bring home gold on her dorm bowling team, and competing with the Michifish and Michifins, aka the U of M Synchronized Swim Team. She also, lucky girl, found true love yet again in the form of James R. Waidley, also a fanatic football fan, and they would marry a year after her graduation on August the 9th, 1963.

Upon marriage, Ruth settled with Jim in Erie, PA where she not only raised two incredible and, go figure, extremely active daughters, always finding time to not just support their busy lives and serve as their greatest cheerleader, but frequently go above and beyond by volunteering as a room mother, troop leader, youth group chaperone and sports team/marching band booster mom. But Ruth also immediately embraced her new home and community determined to become an active member of the City of Erie. She attended numerous charity benefits, hosted wonderful dinners for the Bernatowicz and McFarland clans at the Erie Yacht Club, enjoyed Sunday Grammy (Viola Waidley) bingo nights at the Maennerchor Club, was a great supporter of the Arts, especially the Erie Philharmonic and joined the Jewish community eventually becoming a long-time board member at Temple Anshe Hesed. And as if this was not enough, Ruth did all of this while working full time!

In her professional life, Ruth Waidley was the Gold Standard.  From her unparalleled 36 years as Director of Personnel for the Erie School District, to, having failed retirement, an additional exceptional 12 years as the HR Director of St. Mary’s Home of Erie to, having failed retirement yet again, her current position until her death as the HR Director for the amazing and beloved Sisters of St Joseph, Ruth continuously set a bar of exceptional dedication and commitment to her work and those that she served. So much so, that she was not only universally respected but deeply loved by any and all who had had the honor and privilege of working with her.

With her children grown, and lucky, lucky girl, at the side of her third great love, Richard Lipchik, Ruth was once again able to expand her interests and community involvement becoming a member of the Erie Credit Union supervisory board, enjoying road trips with the Z Bimmers, watching wildlife passing through her backyard or spending evenings with her “bonus” daughter, Shawn Goering, née Falcone and her husband Scott around their fire pit with family, elevating her shopping to a professional level in order to maintain her reputation as a matchy-matchy dressing and accessorizing Queen, advancing her reading obsession by joining the Temple book club and dedicating time every day to reach next level crossword and 1000+ piece puzzler status. But, best of all, convincing Richard to join her on errands with him behind the wheel so that she could excel at her “Miss Daisy” backseat driving technique.

Full does not even begin to come close to describing the life of Ruth Esther Waidley. Constant and unwavering kindness and endless generosity will remain the hallmarks of her character. And countless memories held by the infinite number of people whose lives she touched will ensure her eternal place in history.  She will be greatly missed, forever loved and always with us.

In addition to her parents, Ruth was preceded in death by her husband, James R. Waidley on May 15, 1988.

Memorial contributions may be made to the following organizations which represent significant periods of Ruth’s life.

c/o Regents of the University of Michigan