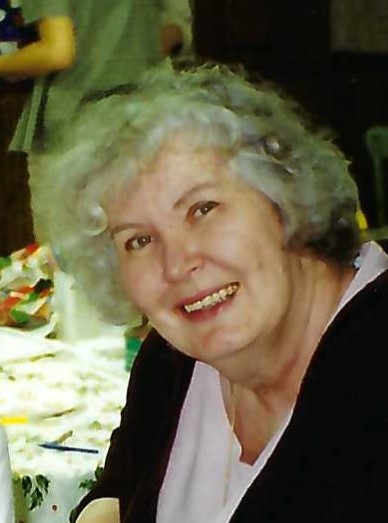 Ruth I. (Martin) Godmaire age 86, passed away peacefully in her home in North East surrounded by her loving family on Monday, July 12, 2021.

She was born on March 29, 1935 in Russell, PA. The youngest of seven siblings, to the late George N. Martin and Fay (Wedlock) Martin.

Ruth graduated from Wesleyville, High School where she was on the Debate team, Class Treasurer, and part of the Honor Society.

She was employed in the accounting department of Hammermill Paper Co. and various other positions throughout the years while raising her three children. She retired from General Electric in 1995.

She married the love of her life, her husband, Donald R. Godmaire on August 11, 1956. They would have celebrated their 65th anniversary next month. She was one of a kind, genuine, devoted, and a loving mother, giving much of her “spare” time to boy scouts, girl scouts, school events, and making sure her kids “toe the line” and were “raised on the straight and narrow”. She was a wonderful cook and hostess for many birthdays, holidays, and gatherings. Mom was very smart and witty and no one could pull anything over on her. She traveled to Ireland and kissed the Blarney Stone and received the gift of Eloquence.

In addition to her parents, she was preceded in death by four brothers, Donald H. Martin, Ralph Martin, Norman M. Martin and George Martin and two sisters, Viola Peterson and June Griffin.

Deepest gratitude to the caregivers, Robyn Post and all the girls from “Catherine’s Girls” along with Lakeland Hospice.