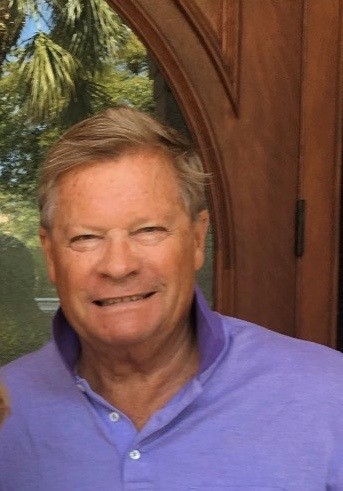 Robert Flynn Strayer, affectionately known as Bobby, Grandpa Bob, and Dr. Tickles, of Fairview, PA passed away peacefully Wednesday, October 7th, 2020. Bob was surrounded by his beloved wife and children as his valiant battle to overcome heart surgery complications came to an end. He will especially be remembered for his strength, loyalty, competitive spirit, and sharp wit. Bob had a larger than life presence and his generosity will never be forgotten.

Bob’s loyalty extended beyond his family and friends. This quality, combined with his competitive spirit, made him an exceptional business leader. Following in the footsteps of his father and grandfather, Bob was the President and CEO of ERIE Strayer Company. Founded in 1912, ERIE Strayer is a fourth-generation, family-owned concrete batch plant manufacturer. During Bob’s tenure, his leadership and unrelenting perseverance propelled ERIE Strayer to the top of its industry. He especially found joy and took pride in working alongside his son, Kyle, over the last ten years. Bob cared tremendously for his ERIE Strayer family and always put them at the forefront of his decisions.

Bob’s competitive spirit blossomed at an early age through his love of sports. He played football and tennis during his high school years at both Fairview High School and DeVeaux Academy. Bob continued on as a two sport athlete at Centenary College in Louisiana.  Following college, Bob accumulated many amateur tennis championships throughout the tristate area and Canada including winning the Erie City Rec singles championship in ‘69, ‘71, ‘74, and ‘75.  Bob, alongside his first wife Amy Swanson Schmidt, won the Equitable National mixed doubles tournament held during the 1977 U.S. Open.

Bob found relaxation and peace while spending time in Buffalo, Wyoming, Palm Beach Gardens, Florida, and Lake Placid, New York. In Wyoming, he would unwind by fishing on the Big Horn River and while riding horseback. His time in Florida was most enjoyed playing with his grandchildren in the pool, golfing, and meeting with his friends on Worth Avenue. The Adirondack Mountains rejuvenated him with mornings on the dock and boat rides on the lake.  Bob took every opportunity to share these meaningful places with friends and family.

Friends may call on Friday, October 16th from 12:00 PM - 5:00 PM at the Burton Quinn Scott Cremation & Funeral Services West Ridge, 3801 West 26th Street (at Powell Avenue) and are invited to attend a graveside service at Fairview Cemetery on Saturday, October 17th at 11:00 AM. The family would also like to thank and acknowledge the Cleveland Clinic and its excellent medical care team. In lieu of flowers, memorials can be made to a local charity of one’s choosing. Covid-19 precautions will be followed by the funeral home as well as the family. In addition, an online guestbook is available and the service will be livestreamed for public viewing on the funeral home Facebook page at https://www.facebook.com/BurtonFuneralHomesAndCrematoryInc/