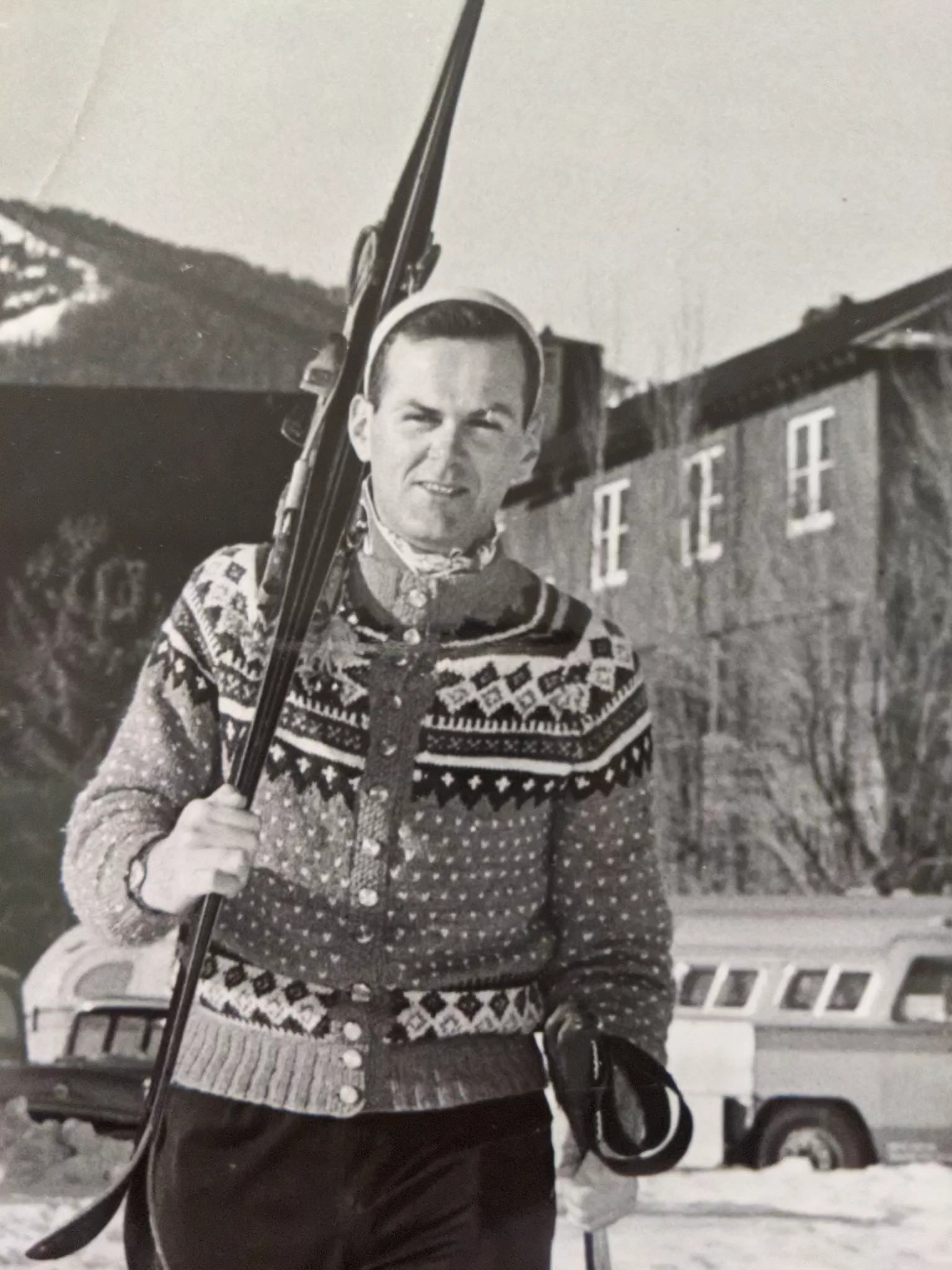 Robert “Bob” Frenzel, 94, formerly of Erie and Fairview, died in his sleep on April 11, 2021 in Shorewood Wisconsin, after a martini and dinner with his daughter’s family. He had been diagnosed with IPF several years ago, and it had begun to take its toll on him.

If only everyone could live and die like he did. He was born in St. Paul, MN in 1926, the first of four boys. He attended St. Paul Academy for high school, where he excelled at football, basketball and swimming. He joined the Navy upon graduation but became ill with rheumatic fever in boot camp and convalesced in San Diego. He majored in engineering at MIT, and received his MBA from Syracuse University.

He met his wife Kathleen in Syracuse, NY. After honeymooning at western ski resorts, they spent 52 happy years together, cheerfully moving with their children as Bob was transferred from state to state with his job with GE. In 1983 Bob accepted a position with Elgin Electronics in Erie, and he and Kathleen bought a house on the lake in Fairview and “settled down” for the next 25 years. He loved designing their gardens, running and cross country skiing in the woods, and cocktails at the lake at sunset. Kathleen and Bob traveled extensively, both overseas and in the US, often to visit their far-flung offspring. They enjoyed hiking and skiing near their vacation home at Stratton Mountain, Vermont.

If you were lucky enough to visit the Frenzel’s on Admiral Drive, you already know what a talented gardener he was. If not, you can find the extensive gardens at the Smithsonian Archives of American Gardens “Fairview: The Frenzel Garden”.

After Kathleen’s death in 2010 he lived at Spring Hill where he enjoyed the community there, as well as dinners with his friends at the Erie Club, lunches at Kahkwa, and his dinner club. Last summer, he moved to Milwaukee to live with his daughter Heidi’s family. There, he read two newspapers cover to cover every morning, entertained the family with stories from his life, and cheered his grandchildren in football and cross-country. He remained cheerful and unfailingly polite to the very end.

He is pre-deceased by his wife Kathleen and daughter Sarah. He is survived by his children Tom (Meghan), Heidi (Scott) and Michael (Caroline), and honorary son Charlie (Brittain). His grandchildren brought him much joy: Henry, Jake, George, Caroline, Audrey, Amelia, Robert and Joseph.

Friends are invited to a graveside service on Saturday June 12th, 2021 at 10:00 a.m. at the Whispering Pines Cremation Garden, located at Burton Quinn Scott Cremation and Funeral Services, Inc. Wintergreen, 2532 Norcross Road, Erie, PA 16510. No flowers please, but if you knew Bob and would like to honor him, make yourself a martini, and head outside to a garden to watch a sunset.