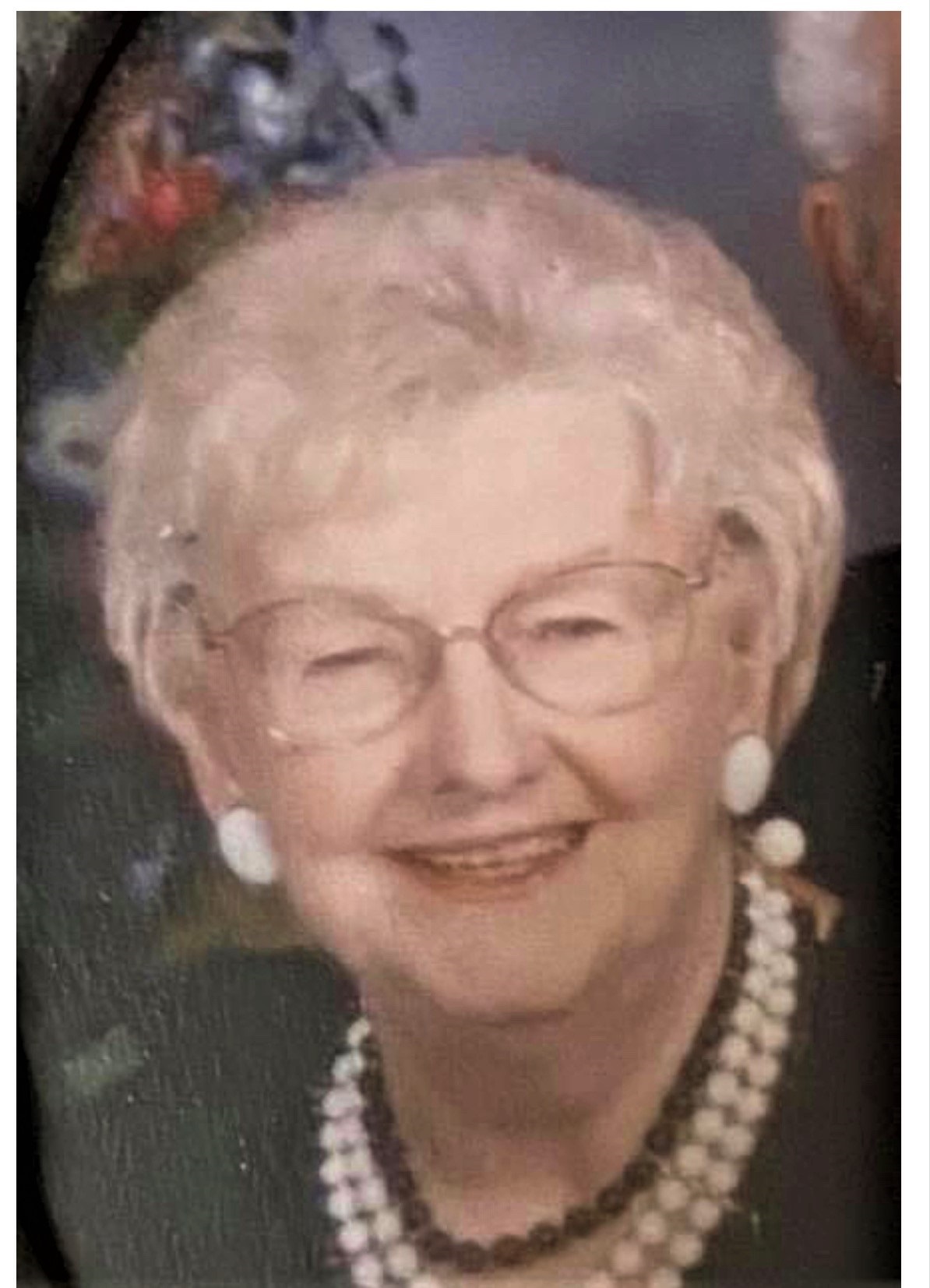 Rita was born January 11, 1924 in Erie the daughter of the late Raymond and Lena (Seifert) Sullivan.

She graduated from East High School and in 1956 became the first woman police officer with the City of Erie. She left the police department in 1958 and continued working at Erie City Hall in various departments and offices until her retirement. She was involved in several local organizations including the Business Women’s Association and the Red Hat Society along with many others. She and her husband Lou belonged to the Siebenbeuger club and East Erie Turners and were longtime members of St. Patrick Catholic church.

Following their retirements, Rita and Lou spent their winters in Largo, Florida. Rita loved to laugh, tell a story, shop, get dressed up and go out with family and friends. Reminiscing with her niece, she would reflect saying “We had a good time. Didn’t we, Kiddo?”

Besides her husband Lou, Rita was preceded in death by a sister, Aurelia “Irish” Ardery and a brother, Leo Sullivan.

Rita is survived by several very dear nieces and nephews who looked after her. The family would also like to thank the staff at St. Mary’s Gallagher Center for the wonderful care provided to Rita the past four years.

Friends are invited to call at the Quinn Funeral Home, West 9th & Liberty St. on Tuesday, April 6, 2021 from 10:00 AM until 12 noon at which time Funeral Services will be held. Burial will be private.

In lieu of flowers, memorials may be made to a charity of one’s choice.