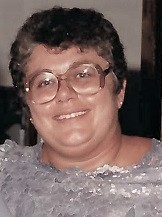 She was born in Erie, on November 7, 1947, a daughter of the late Rose and Vincent Chaippazzi.

Rita attended Saint Andrew grade school and graduated from Strong Vincent High School in 1966. She also attended seminars in retail management and marketing. Rita worked at Kroger grocery stores in Erie, Meadville, and Sharon as assistant manager. When she moved to Florida she began her career at Sensormatic/ADT/Johnson Controls in Marketing/Inside Sales, her employment continued for over 30 years.

She was well liked at work. Her co-workers commented that she was dedicated, respected, and tremendous to work with. Rita developed many friendships with her colleagues; she was a very generous person and loved helping her family and friends.

Rita enjoyed bowling, golf, and traveling to Europe and going to the casino; she especially enjoyed going out with her nieces and nephews when she came home to Erie.

In addition to her parents, she was preceded in death by her brother Don Fanzini, and her niece Angela Gangemi.

Rita’s family would like to extend their thanks to her doctors, nurses and special friends, Barbara, Lisa, Carol, and her heavenly friend Von for their friendship and care during her illness.

Friends may call at St. Andrew Catholic Church, 1116 W. 7th St. Erie, on Wednesday, June 29, 2022 from 10:00 am until the time of the Funeral Mass at 11:00 am. The service will be livestreamed and can be viewed at https://www.facebook.com/BurtonQuinnScott/ Burial will be in Trinity Cemetery.