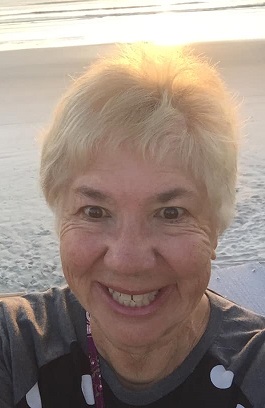 Love and laughter were always a part of Rebecca’s life. She was adored by a multitude of friends, who all claimed that she was the kindest woman they knew. She was everyone’s girlfriend. Ending her day at the beach, while watching the sun set with Donald and her dog Holly, made any day perfect. And family was everything to her – those born into the family and those who became family by choice.

Rebecca “Beckie” (Stork) Davis, age 70, of Girard, PA, and New Smyrna Beach, FL, passed away unexpectedly of natural causes on Tuesday, September 14, 2021, (following a routine appointment) at Cleveland Clinic’s Hillcrest Hospital, with her daughter at her side.

She was born in Erie on May 20, 1951, a daughter of the late Herman and Rose DeRaimo Stork.

Beckie graduated from Girard High School in 1969 and received a bachelor’s degree from Edinboro University and a master’s degree from Gannon University. Beckie began her teaching career in Sydney, Australia, returning to the states to raise her family. She returned to teaching at Elk Valley Elementary School, where she was a beloved teacher for more than 30 years, retiring in  2013.  She was best known for her involvement in the school’s Talent Show, Santa’s Secret Shop, and Pet Parade.  Beckie touched so many lives in her career, not just with her students, but their parents as well.  She was truly special and beautiful, both inside and out.  All those at EVES will fondly remember, “OK everyone, STARBURST.”

Beckie enjoyed her retirement to the fullest, traveling with her fellow retirees all over the US and Europe.  She could be found almost daily at Presque Isle, walking or riding her bike with her dog; and, of course, capturing and posting beautiful pictures of her many adventures.

In addition to her parents, she was preceded in death by her husband of 34 years, David Davis in 2011.

Those left to mourn Rebecca include her daughter, Nadya L. Davis and her husband Edward Wadding of Philadelphia; her brother, Herm (Jan) Stork of Erie; her cousin, Shelley Kujkowski (who was like a daughter to her); her closest friends Cindi Kline, Shelly Tramontano, and Donald Rothwell, along with hundreds of family members, friends and former students.

Family and friends are invited to a sunset memorial on Friday, May 20th at the Walnut Creek Access, 241 Manchester Rd., Fairview at 7:45pm (rain or shine).  Feel free to bring chairs or blankets.

To the recipients’ corneas, may they continue to see the beauty of life and, most importantly, sunsets, through Beckie’s eyes. And, in her memory, may we all remember to laugh often and love unconditionally.

In lieu of flowers, memorials may be made to the Rebecca Davis Starburst Scholarship and Grant fund, c/o the JPT Foundation, 19 Wilcox St, Girard, PA 16417 or via PayPal @jptfoundation.