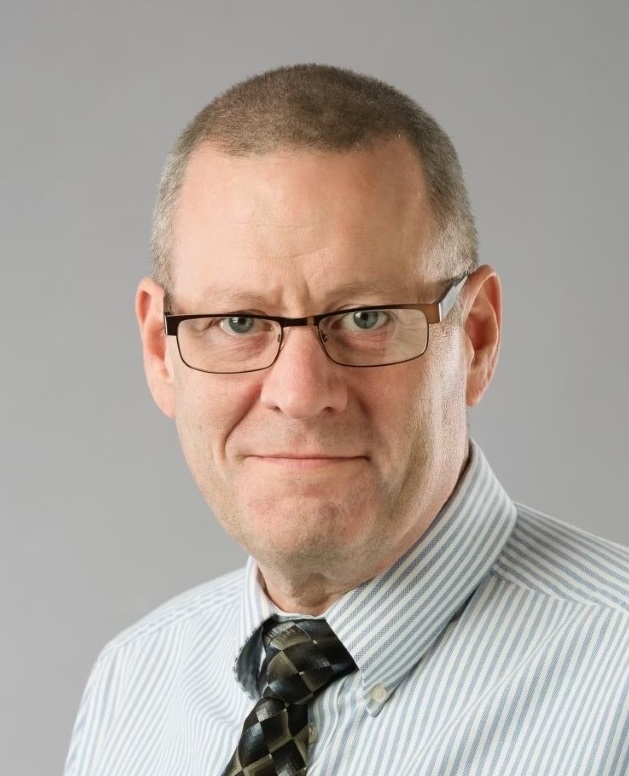 Pat wrote opinion columns for the Erie Times-News and the Erie Daily Times for 32 years, retiring on Dec. 1. His columns left readers smiling, burning in anger or vigorously nodding their heads in agreement. Considering the must-read quality of Pat’s writing, especially in his Sunday columns on page two, it seemed at times as if the Howard name was synonymous with that of the newspaper itself.

An Erie boy all of his life, Pat graduated from Cathedral Preparatory School in 1979 and from Pennsylvania State University in 1982, with a bachelor’s degree in journalism. He interned for the Times Publishing Co.’s afternoon paper at the time, the Daily Times, during the summers of 1981 and 1982. He was 20 when he started at the paper.

He was 21 when the Mead family, which then owned the Times Publishing Co., hired him as a reporter at the Daily Times, and it was at a staff meeting in 1988 when Pat’s boss, the managing editor, asked if there were any volunteers to write a column for the paper.

“My hand shot up before she was done asking the question,” Pat would remember when he told the story.

It was the start of a beautiful friendship – Pat Howard and column writing. At one point, he wrote as many as three pieces a week; his signature column appeared on Sundays for 21 years until his retirement last year.

Pat wrote about everything Erie – about his mother, Mildred, a nurse, and his father, Charles, an Erie firefighter. He wrote about his wife, Tricia, whom he met in 1977 and married in 1987, and who was his biggest fan and sounding board. And he wrote about his failed but ever-hopeful Cleveland Browns. More often than not, Pat focused on Erie’s strengths and weaknesses, and its colorful array of politicians.

Starting with the 1984 Democratic National Convention, Pat attended a number of national political conventions, oftentimes with then-publisher Ed Mead. One of the most memorable was the 2000 Republican National Convention in Philadelphia, where Pennsylvania Gov. Tom Ridge was in consideration as George W. Bush’s running mate.

Though Pat was known primarily for his columns, he held a series of positions at the Times-News at the same time he was writing. Among his titles, which seemed to get longer as he went along, were news director, managing editor, city editor, editor of news production, editorial page editor, and editor of opinion and engagement.

Pat had many interests outside journalism — though, as his readers knew, his life was reflected in his columns, and his columns made up much of his life.

He was an avid bicyclist who liked to regale the newsroom with his views on the Tour de France. And though Pat often admitted that he was “deeply ambivalent about a great many things,” one thing he definitely wasn’t uncertain about was his passion for music. His musical tastes spanned many diverse styles, varieties and eras, but he particularly loved the heart-pounding music of the Clash and Paul Westerberg and the Replacements. For Pat, music was a balm, something he didn’t have to analyze or take apart, just enjoy.

The man read voraciously and relished intense debates, often at a corner bar with friends and colleagues; Pat was a proficient and tenacious arguer. He was also open to new ideas and never questioned that Erie as a city had to change and come to terms with its past in order to achieve true progress. He met and worked with many politicians, businesspeople, newsmakers, ministers and bishops, and influencers of all kinds to further that goal.

Pat leaves behind an archive of commentary on Erie and its big-hearted quirkiness as well as a voice that, though now silenced, will be remembered for years to come for its insight, intelligence and grace. He will be sorely missed.

Pat Howard is survived by Patricia Howard, his wife of 33 years, his brother and sister-in-law, James and Patti Howard, nephew Michael Howard, and goddaughter, Heather Schumacher, all of Erie. He is also survived by many dear friends and newspaper colleagues.

He was preceded in death by his parents, Charles and Mildred Howard, his brothers Charles and Robert Howard, lifelong friend Jerry Schumacher, and his in-laws Tom and Jean Hughes.

A celebration of the life of Pat Howard will be planned later this year. Arrangements are entrusted to the Quinn Funeral Home, 728 W. 9th Street, Erie.