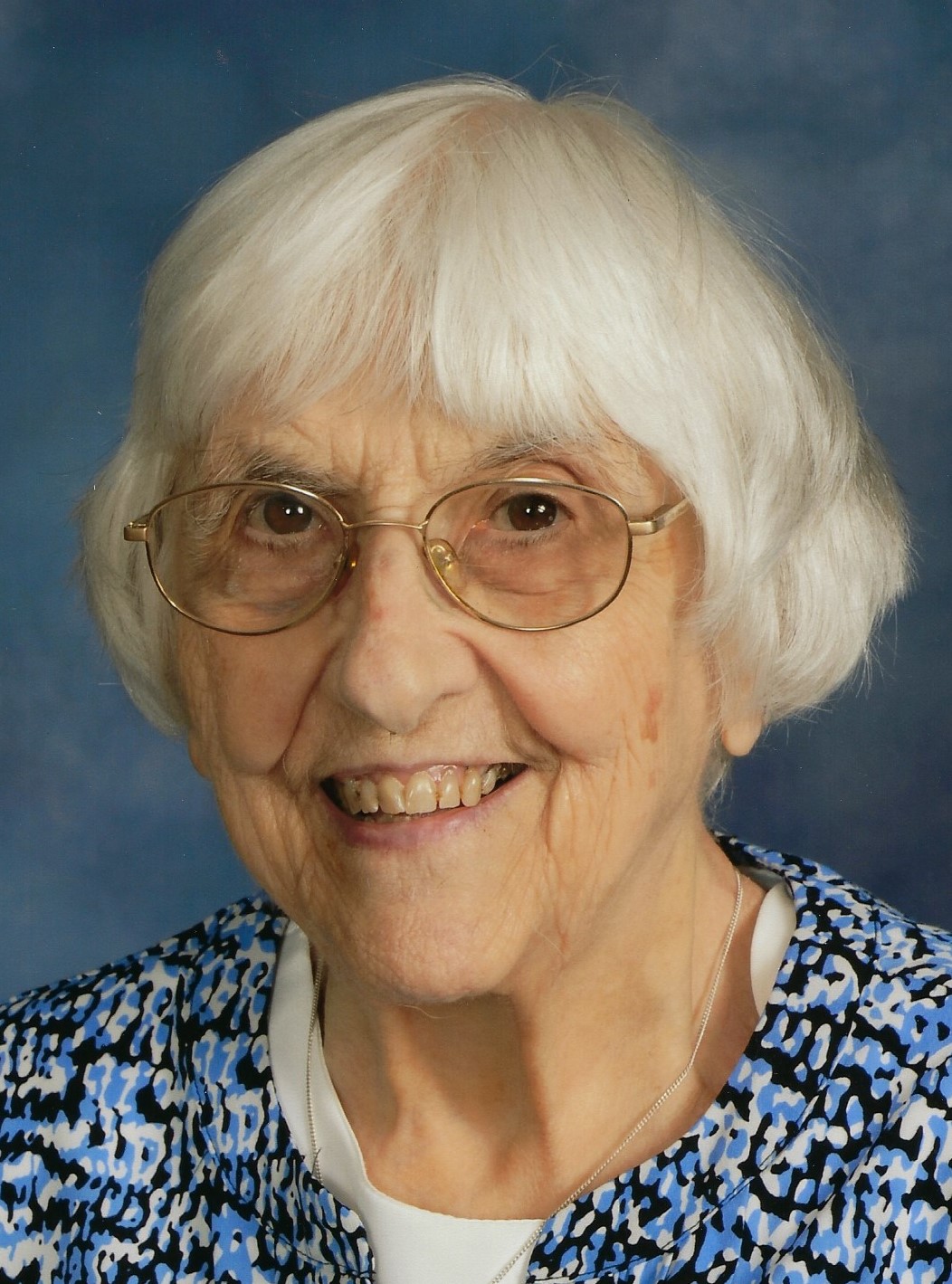 Mildred Shenk passed away quietly in the very early morning hours of May 22, 2021 in the Avonia Springs Skilled Nursing Care wing at Manchester Commons in Fairview, PA.  She was born on November 19, 1927, and her family had just celebrated her 93rd birthday with her in her Erie home.

Mildred was the daughter of Burton Arthur Schumacher and Anna Mary Gieringer Schumacher and was born in their home at 2303 Peach Street.  Her father was an engineer and fireman on the New York Central Railroad and her mother worked in the office at the General Electric Erie Plant before she was married, and was a homemaker after.  Her father passed away when she was 15 years old and his funeral service was held in the parlor of their Peach Street home.  Her mother later married Clayton Knapp.

Calvin Coolidge was President of the (48) United States in 1927.  It was a simpler time in America and Mildred’s childhood memories reflect that - family train rides to Buffalo and Cleveland, car rides to see the fall foliage in Letchworth State Park in New York, and shopping for food at the State Street Market.  Milk was delivered every day and ice was delivered if a card was placed in the front window of the house.  Occasionally a childhood friend might come to the door and ask if “Millie” could come out and play.  Her father would respond - “There’s no Millie who lives here.”  She preferred to be called by her given name, but later in life ”Millie” started to be OK…  Special occasions called for going out to dinner at the Home Restaurant on lower State Street or to Mary’s Lunch on Turnpike Road after church on Sunday.

She graduated from Academy High School in June, 1945, which was grades 6 through 12 at the time.  There was a firehouse at the southwest corner of 26th and State, and the firemen there would walk the students across that busy intersection.  The students all went home for lunch.  For a nickel they could get a half pint bottle of milk in the middle of the morning.  Summers while in school she worked at a bookbindery and after graduation she worked as a sales clerk and bookkeeper at the Boston Store.  She didn’t work at the Boston Store for long however, as she wanted to start a family.  A friend suggested she should stop working to reduce stress if she wanted to do that, and so she did!

Mildred was preceded in death by her husband Richard Christian “Dick” Shenk, who she met in Sunday school at Chestnut Street Presbyterian Church in 1939.  They started going out at some point - probably determined by when her mother deemed it appropriate. They married on October 19, 1946 after he returned from service in the Army Air Corps as an aerial engineer on a C-47 based in England.  It was a marriage that would last 62 years.  She was 18 at the time, but the “story” she told her daughters was that she was 19.  Math eventually corrected the family history.  They were not only husband and wife, they were each others’ best friend and partner in life.  They were inseparable almost all of the time - Sunday school, Sunday worship, daughter’s school and college events, grandchildren’s soccer, football, basketball and (especially) volleyball games, move-in and move-out trips to university and grad school and countless other activities in which they enjoyed each other’s company.  Later in his career, Dick would decline to take business trips if he couldn’t take Mildred with him.  In 2005 Mildred was diagnosed with lymphoma, and had to undergo surgery and chemotherapy.  While standing outside her hospital room with Brian and Staci, he made the comment that he wouldn’t be able to go on if something were to happen to her.

She took her role as a homemaker seriously.  She was a very good cook and a great baker (her pies, especially the crusts, are legendary).  As a wife and mother, she rarely raised her voice - other than to issue a stern “RICHARD!” when Dick did something she deemed to be unsafe.  She was a member of the PTA throughout her daughter’s school lives and a Sunday school teacher.  She was a Treasurer and Honorary Lifetime Member of Presbyterian Women.  As a participant in church activities, Mildred was not one to bask in the spotlight - she was always more comfortable in the background - doing the work, making it happen, getting it done.  Faith, family and friends were the center of her life.  Caring for others and doing the right thing were the hallmarks of her life.  When a family member or friend was leaving the house, she would always go to the door to wave goodbye and ALWAYS say “be careful”.  As she neared the end of her journey and dementia had taken almost all of her memory, she was able to remember her family and friends when they visited her or called.  Until her last week she could repeat the 23rd Psalm (KJV) word-for-word as well as the Lord’s Prayer and sing or hum along to the piano hymns playing in her room.  The last phrases she would say were “I just want to do the right thing.”, or “Be careful.” as anyone left her room.  On the day of her passing, the whiteboard in the lobby of Manchester Commons had the following saying: “The happiest people don’t have the best of everything.  They just make the best of everything.”   It was so fitting as it perfectly captured her attitude towards life.  When he learned of her passing, Matthew sent the following:  “…at peace, and I imagine, right back at Grandpa’s side.  Well done, good and faithful servant!”.

Mildred’s family wishes to extend their appreciation for the love and support of her in-home care-givers for several years Sue Coleman and Becca Reinhardt and for the compassionate care provided by the nursing staff - especially Tina, Barb and Emina - at Manchester Commons.  The hospice care provided by Kathleen Doughtery, Tom Iorio and the staff at UPMC Home Health Care was invaluable in helping with facility placement, health status updates, and emotional and spiritual support.

Friends may call at the Wayside Presbyterian Church, 1208 Asbury Road, on Sunday, May 30, 2021 from 1 to 2:30 p.m. and are invited to attend a service there at 3 pm with Reverend Dr. James F. Bernhardt officiating. The service will be livestreamed at https://www.facebook.com/BurtonQuinnScott/.

In lieu of flowers, the family encourages donations to Wayside Presbyterian Church, 1208 Asbury Road, Erie, PA; the Leukemia and Lymphoma Society (https://www.lls.org/ways-to-give) or to the Alzheimer’s Association (https://act.alz.org/site/Donation2?df_id=32112&32112.donation=form1).