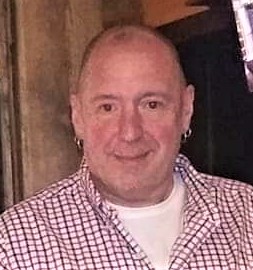 Mark was retired from the Erie School District as a painter and also owned Leone Lockshop. He was also formally in Police Explorers Wilcox Memorial Post # 7 and worked with the State Police of Crawford and Erie Counties organization with the rank of Sergeant. In addition, he was a man of many trades, Mark enjoyed cake decorating and bartending. Marco belonged to many clubs in the Erie area and was Sergeant at Arms for the Federation of Clubs. He was very active at his favorite club, the National Club.

He was of Native American decent and belonged to the Peoria Tribe of Oklahoma.

Marco enjoyed times spent with family and friends, and it was a very important part of his life.

Besides his mother, he was preceded in death by a brother, Kelly McIntyre.

In addition to his father, he is survived by his children, Tyler Daniel Cole Leone and Hannah Jo Leone and her fiancé Travis Longley; a granddaughter, Melodi Quinn Longley along with a former stepdaughter, Rhiannon Wilburn (Miles) and their children, Ronan and Ada. He was the uncle of Heidi, and also many other close family members and lifelong friends.

Burial will be in Calvary Cemetery

In lieu of flowers, memorials may be made to the GoFundMe for the Leone family in memory of Mark; the Erie County Veterans Outreach Services, 1222 French St., Erie, PA 16501, or to the American Cancer Society.