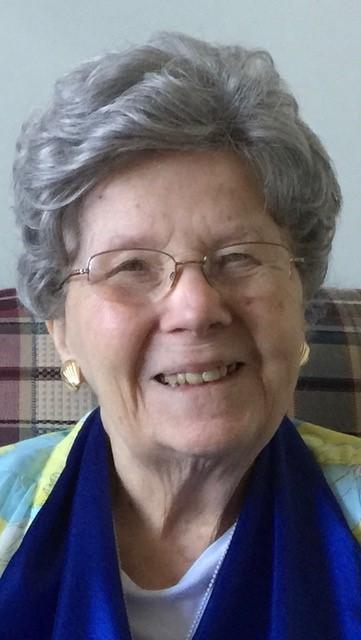 Margaret Ann “Peggy” Quinn Kelsey, 92, passed away peacefully on October 5, 2021 surrounded by her loving family at Saint Mary’s Home of Erie at Asbury Ridge. She was born in Erie on June 27, 1929, to John J. Quinn Sr. and Harriet Parke Quinn.

​She was a 1947 graduate of Mercyhurst Preparatory School and a 1952 graduate of Villa Maria College with a bachelor of science in nursing. She was a Registered Nurse in the Commonwealth of Pennsylvania. Peggy began her nursing career with the Visiting Nurses Association. She spent most of her early career at Saint Vincent Hospital, serving as Head Nurse of the Operating Room. She retired in 1958 to raise her family. Later in life, she returned to nursing, working first at Saint Mary’s Home of Erie (East) and finishing her career at the Dialysis Center of Erie.

​Peggy was devoted to her husband and five children. She always encouraged the interests and activities of her children and was involved with their schools in various volunteer capacities. She enjoyed cooking and entertaining family and friends. She was an avid golfer and a skilled duckpin bowler. Peggy always found time to help others by volunteering for many civic organizations—but her favorite was Meals on Wheels. She was a member of the University Club, the Aviation Club, the Kahkwa Club, and the Erie Maennerchor.

​In addition to her parents, Peggy was preceded in death by her husband of 56 years, Frederick Collins Kelsey, whom she met in first grade. She was also preceded in death by her infant daughter, Marie Parke Kelsey, her sisters Sally Quinn and Harriet Gurska, and her brother John J. (Jack) Quinn Jr. She is survived by her five children, Jane Kelsey of Erie; Emily Ingram (Charlie) of Erie; Susan Cresci (Joseph) of Longmeadow, Massachusetts; Peggy Glass (Tim) of Erie; and Dudley Kelsey (Susanne) of Phoenix, Arizona. She is further survived by eight grandchildren, Danny Kelsey; Kelsey and Nicholas Ingram; Thomas (Kerianne), Daniel, and Jack (Natalie) Cresci; Sarah (Chris) Nord and Nicholas (Rachel) Kelsey; additional family members Lauren and Sam Glass; and great-grandchildren Theo, Liam, and George. Additionally, she is survived by her beloved sister, Marian Perantoni, sister-in-law Margaret “Peggy” Held (Bob), and many nieces and nephews.

​The family would like to thank the wonderful staff at Westlake Woods, who cared for Peggy like family for eight and a half years, and the incredible staff and caregivers at Saint Mary’s Home of Erie at Asbury Ridge and Family Hospice for their loving care for Peggy in her final days.

​Friends may call at the Quinn Funeral Home, West 9th and Liberty Streets, on Sunday, October 17, 2021 from 1:00 p.m. until 3:00 p.m. and are invited to attend prayer services there Monday at 9:30 am followed by a Funeral Mass at Saint Peter Cathedral at 10:00 a.m., celebrated by the Very Rev. Nicholas Rouch. Burial will be private.