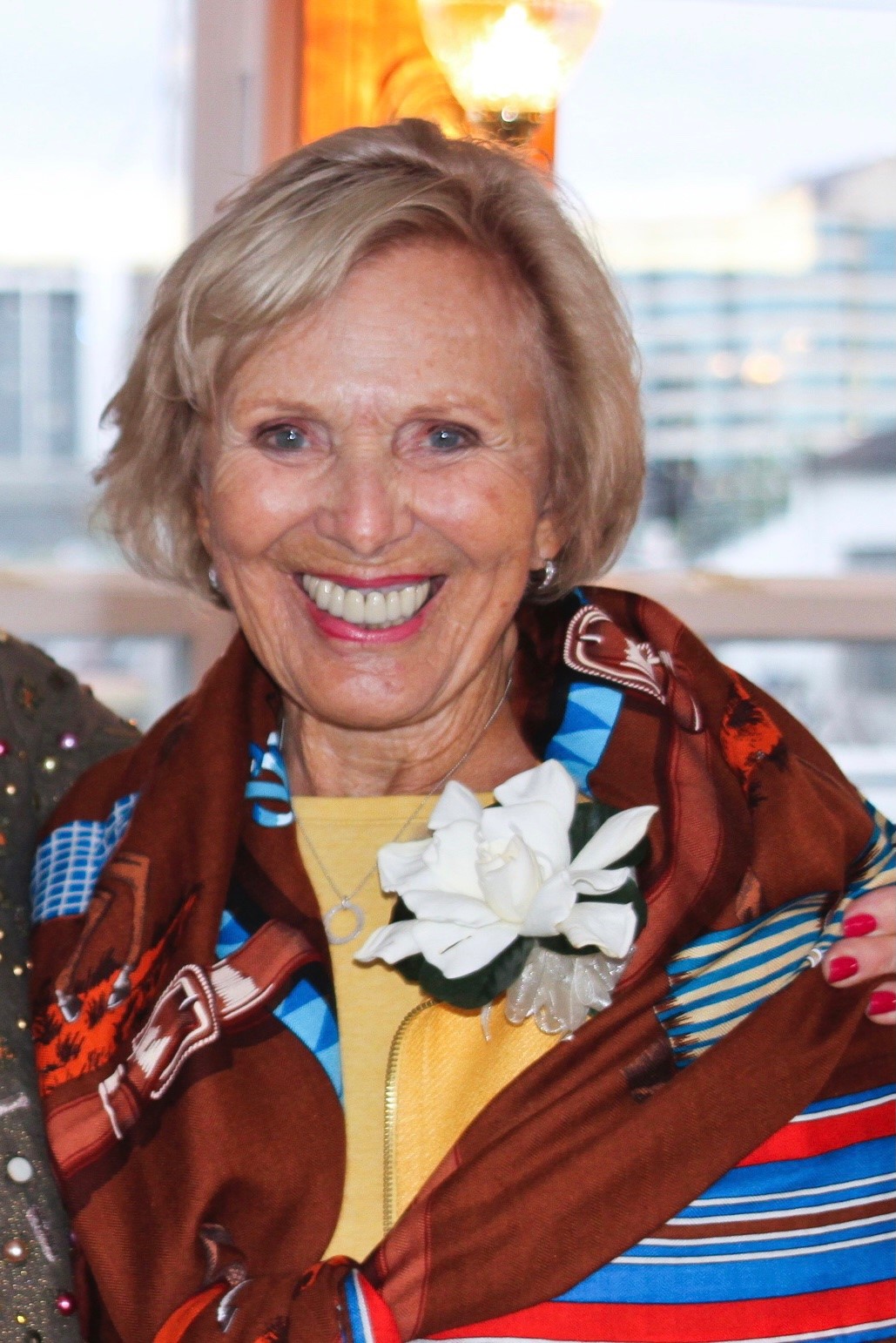 Laurana spent her youth in Meadville, adjacent to her future alma mater. Here she was immersed in the arts, literature and developed a love for horseback riding and nature, which was fostered by summer camp in Maine. She graduated from Allegheny College in 1947 with a Bachelor of Arts in Psychology, with the special privilege of receiving her diploma from her father, who was the college President.

Following graduation, she was hired by the State of Pennsylvania, prompting her move to Erie. She was introduced to Henry E. Fish at a Christmas party at the Erie Club in 1949. They married 9 months later and celebrated 66 years of marriage before his passing in 2016.

Laurana and Henry loved to travel. Her favorite trips include her visits to Austria, earning her Kitzbuhel Silver Ski Star, and spending winters sunbathing in Ajijic, Mexico. With Henry as American Sterilizer Company CEO, they explored many countries and forged a relationship with Erie’s sister city, Zibo, China. Despite their wanderlust, Laurana excelled beyond the traditional role as a mother and grandmother. Warm dock days in Lake Placid, NY and holiday celebrations in Erie, PA were two of her favorite locations where she spent treasured moments with family and friends.

Laurana loved her pets; from Tony and Hopper (her Champion Morgan Horse) to Bismark and Bentley and many family dogs in between.

Laurana’s eye for beauty extended from fashion to nature. She was a talented gardener, floral designer, and loved spending time outside. She enjoyed tennis, golf, step aerobics and was an avid Adirondack hiker well into her 70’s. Bookstores brought her much joy since puzzles and reading were also favorite pastimes.

Laurana was an active member of the Carrie T. Watson Garden Club for over 40 years. Her investment in the Erie community was demonstrated by her participation in the Junior League of Erie and her dedication to the Erie Day School over decades.

Laurana loved to laugh and had a sneaky sense of humor. She was a devoted wife, loving mother, mother-in-law, grandmother, and great grandmother.

Laurana’s family would like to extend their gratitude and deep appreciation for wonderful caregivers over the years, especially Haydee Ortega Knarr, the staff at Forest View and UPMC Family Hospice.

Friends and family may call at Burton Quinn Scott Cremation & Funeral Services West Ridge, 3801 West 26th Street on Friday, November 26th from 2 pm - 6 pm and Saturday, November 27th from 10 am until the time of service there at 11am, which can be viewed by live stream at https://www.facebook.com/BurtonQuinnScott/

.  Masks must be worn.  Burial at Laurel Hill Cemetery at a later date.