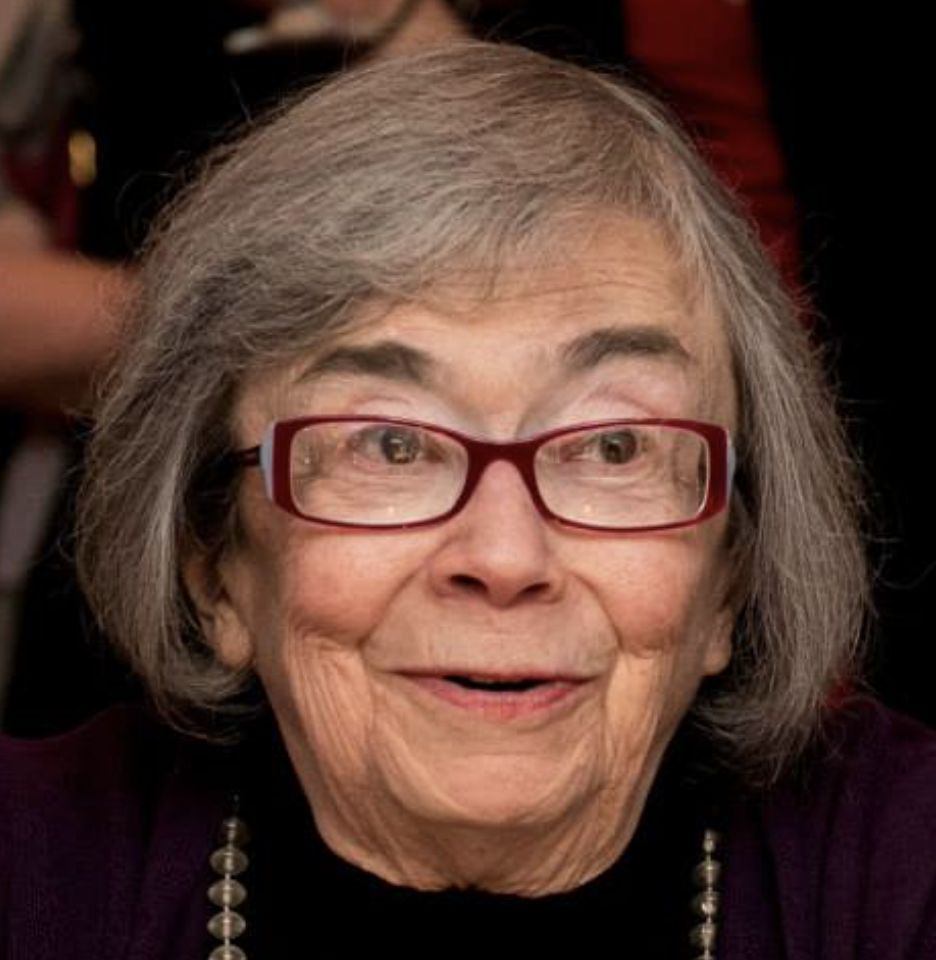 June Mary Barbarula Smith died peacefully on Sunday in Salem, Oregon with her daughters by her side. June was a long-time resident of Erie, PA, where she was an executive at WQLN, and later of Binghamton NY, where she worked at WSKG Public Television. June was born in Paterson, NJ. Her parents, Irene (Peirone) Barbarula and Paul Barbarula were born in New Jersey to families recently arrived from Italy. June grew up in a loving family with her younger sister Anne and many relatives nearby. She attended grade school in Nutley NJ and high school in Newark NJ, forming friendships that lasted her lifetime. She attended Katharine Gibbs College in Montclair NJ and Seton Hall University in South Orange NJ.

During the 1950s June worked as an editorial assistant in magazine publishing in New York City. In the summers, she and her friends often rented houses at the seashore. At one such rental in Virginia Beach VA she met Charles Robert Smith Jr. of New York City, who was in the Army, stationed nearby in Williamsburg. They dated for several years before marrying in 1957.

June and Charles lived for three years in Syracuse NY, where Charles worked on his PhD in English. Then they settled in Erie PA, where Charles taught for many years at Gannon University, and they raised their five children. During the 1960s they both volunteered with CFM, a liberal Christian group working to bring reason to religious laws and patterns. They made lasting friendships with many of their fellows in that work. June was also president of the Erie chapter of the Foundation for International Cooperation, a group that sponsored students from developing countries to study in the US.

In 1972 June began volunteering at WQLN. She was soon hired there as a research assistant, eventually becoming a producer, then rising to the position of Vice President and Programming Director.  While at WQLN she was also on-camera host of the daily show Community Report and the interview series Only People. In 1984 she became Senior Vice President of Programming and Production at WSKG TV in Binghamton, NY, where she worked until retirement in 1998. She and Charles enjoyed New York’s Southern Tier, and split time between there and Erie. After Charles’s passing and her retirement, June bought a summer cottage at the shore in Forked River, NJ. In 2019 she moved to Salem OR to live in a memory care facility near two of her daughters.

Though her last few years were difficult, for almost all her life June was a super-sharp, kind, generous, funny person, with a genuine, open curiosity about everyone she met. She got a lot done. She was a killer scrabble player, and she made truly fine manicotti. She was a tireless supporter of her children and showed them unconditional love throughout her life.

June was preceded in death by her beloved husband Charles and her son Charles R. Smith III, known to all as Chuck. She is survived by her sister and brother-in-law, Anne and Jack Degan of Sydney, Australia, and four children, Paul Smith (Chelsea Harriman) of Montclair NJ, Anne Zientek (Ron Beloin) of Salem OR, Jean Rosenthal of Erie, and Barbara Smith Warner (Christopher Warner) of Portland OR. She is also survived by grandchildren Veronica and Allison Smith, Mabel and Hudson Harriman-Smith, Joshua, Elijah and Emily Rosenthal, and Emmett and Eleanor Warner, as well as many cousins, nieces, nephews and dear friends.

A memorial service will be held in Erie at Burton Quinn Scott Cremation & Funeral Service Inc. Downtown 602 W. 10thStreet, Erie, Friday, September 10, 2021. Visitation begins at noon with the service at 1pm, followed by inurnment in Gate of Heaven Cemetery.  Masks and vaccination will be required.  For friends and family who cannot attend in person, there will be an online memorial meeting via Zoom the preceding evening, Thursday, September 9, 2021 at 8pm EST. Please email Mcpaulsmith99@gmail.com for the link to attend.

In lieu of flowers, donations can be made to your local PBS station or to the National Multiple Sclerosis Society.