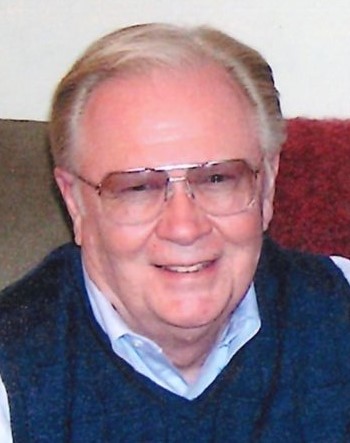 John graduated in1954 from Academy High School and then continued his education at Westminster College.

He served in the United States Navy Reserves. He started his career working for Cape Canaveral monitoring Air Force personnel on the Vangard, Titan I and II, Mace and Gemini missile systems. He worked for A.O. Smith Meter in Erie and Lord Corporation for 12 years as an engineer. He then became the owner operator of Penn Radiator for over 30 years. He was a member of Lakewood United Methodist Church where he belonged to the Faith Builders Class and sang in the choir. John enjoyed singing in the Philharmonic Chorus and Barbershop quartets. He played golf and enjoyed spending time in Florida.

In addition to his parents, he is preceded in death by his mentor and good friend Norman “Budd” Kineston.

He is survived by his wife whom he married October 1982, Karen Wanner Morey Eriscon, two sons, Mark F. Ericson and his wife Michele of Erie and David K. Ericson of Portland, ME, two grandchildren: Danielle and her fiance Kevin Blynt and Drew Ericson and his girlfriend Autumn Meyer; a great granddaughter Charlotte Blynt.

Friends may call at the Burton Quinn Scott Cremation and Funeral Services, 3801 West 26th St. (at Powell Ave.) on Monday from 10:00 a.m. until the time of service at 12:00 p.m. with Rev. Robert Lewis officiating. Burial will be in Erie Cemetery.