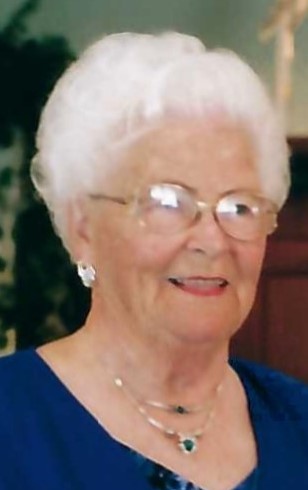 Jean E. Anderson Ekstrand,96, of Harborcreek, passed away Wednesday, June 16, 2021 at Ball Paviliion at Brevillier Village. She was formerly of Lawrence Park and North East. She was born in Erie on September 2, 1924, a daughter of the late Aaron and Bernardine Anderson Anderson.

Jean was a 1942 graduate of Harborcreek High School and attended Erie Business Center.

She was the office manager for Lawrence Park Medical Arts Center for 25 years, retiring in 1986.

In addition to her parents, she was preceded in death by her husband of 63 years, Richard H. Ekstrand in 2007; a son, Eric M. Ekstrand; her siblings, Carl W. and Doris C. Anderson; and a sister-in-law, Shirley Anderson.

Jean is survived by a daughter, Janice D. Morris of Fairfield, CA and a son, David A. Ekstrand and his wife Pam of Palm Harbor, FL; beloved granddaughters, Elizabeth Westerlund and Emily Ekstrand; and a daughter in law, Denise Ekstrand of Harborcreek. She is further survived by many beloved nieces, nephews and very special friends.

Friends may call at Burton Quinn Scott Cremation and Funeral Services, Inc., Wintergreen, 2532 Norcross Road, Tuesday from 1 p.m. until the time of service there at 2:30 p.m. The Rev. Keith T. McGarvey of South Harborcreek United Methodist Church will officiate. The service will be live streamed at https://www.facebook.com/BurtonQuinnScott/.