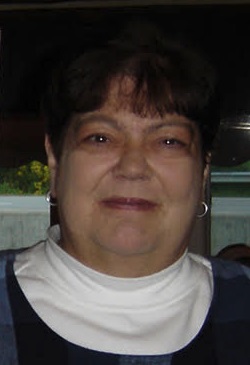 Janet Dorothea Coryell, age 67, of Erie passed away Tuesday, February 16, 2021 at Western Reserve Senior Living.  She was born in Erie, on September 23, 1953, a daughter of the late David Harrison and Patricia Snyder Coryell.

Janet attended Westlake Junior High and graduated from McDowell Senior High School in 1971.  She received her bachelor degree from Mansfield State University in Elementary Education. Janet’s love of learning led her to take college courses her entire life. Her passion for reference and information led her to numerous library science graduate courses at Clarion University and her fascination with communication lead her courses in sign language at Gannon University.

After college, Janet worked at Verizon for many years and lived in downtown Erie, where she was known by many.  Janet loved to travel by bus to small towns across the East coast and mid-Atlantic where she would discover often-forgotten cities and learn the city or town’s history.  She loved to knit for her family and enjoyed going to UPMC Park to attend the Erie SeaWolves games and for dinners at Molly Brannigan’s Irish Pub. In addition to her ongoing graduate studies, Janet was passionate about American History, most specifically the history of Pennsylvania where she traced her family linage back to Coryell’s Ferry in New Hope, where George Washington borrowed the Coryell boats to cross the Delaware river in 1776. She devoured books on Pennsylvania history or trivia and anything about the Beatles—her all-time favorite music group. She loved Christmas, especially the decorations, and all animals.  Janet had a heart of gold.  Many people who encountered Janet knew she was alone and watched out for her – her family was thankful for that. Please be kind to one another. Janet would want that.

In addition to her parents, Janet was preceded in death by two siblings, David Allen Coryell of Lewisburg, PA, and Victoria Louise Coryell of Erie.

She is survived by her sister, Patricia Ann Coryell and her wife Heather E. McGowan of Boston, Massachusetts and by two nieces, Cary Coryell of Washington, DC, and Abigail Coryell of Los Angeles.

Due to Covid 19 restrictions, a graveside Lutheran service will be held at a later date at the Pomfret Manor Cemetery in Sunbury, PA.

Please send condolences to the family at www.BurtonQuinnScott.com.