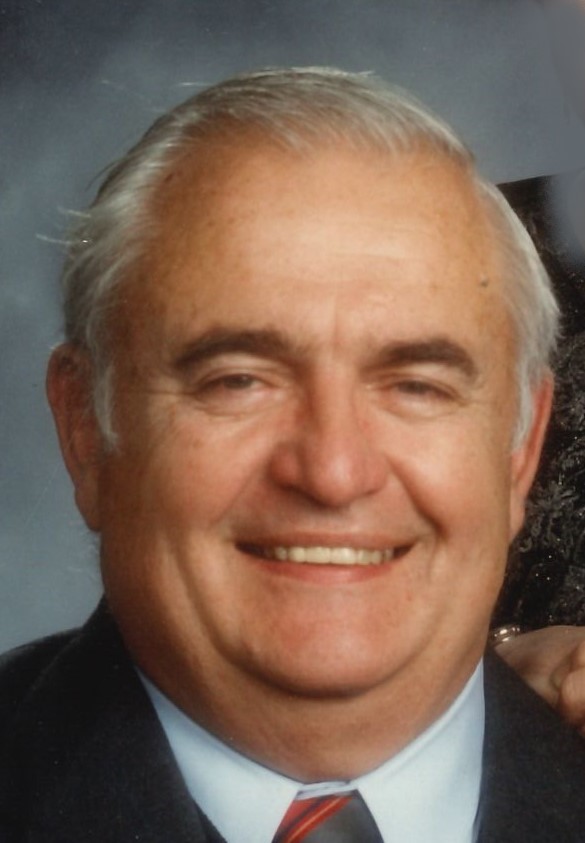 He was born on September 19, 1934 in New York City, the son of the late James D. Campbell, Sr. and Mary Irene Nethercott Campbell.

James was a 1953 graduate of Cathedral Prep High School where he played football and was affectionately called ‘Moose”. He also attended the U.S. Naval Academy, Columbia University in Washington D.C. and Gannon University, earning a degree in electrical engineering. He was employed at General Electric for 38 years in Engineering Management. James was very dedicated to his career which involved international travel to all parts of the world to solve crane issues.

Those that met Jim, remembered him. He was a large man, not just in height, but also in heart.
During retirement James spent many years enjoying the great trips they took with the GEER group. (General Electric Exempt Retirees). Jim had a gift for working with wood. He was a craftsman, making many beautiful pieces that will live on forever. He was always there to help a neighbor in need and his handiwork can be found all along his Hartt Road neighborhood.

When his family was young James enjoyed taking them camping but then as the family grew older they turned to boating. His family and friends have shared many stories of their trips across Lake Erie. How James could maneuver the Celtic C’s into that first boat stall is still a wonder! James was a past Commodore, and a life-long member of the Presque Isle Yacht Club. He and his family enjoyed the many friendships they made there. The family would like to acknowledge the many years of special friendship with Harold and Janet Eisert.

James was a member of St. Jude’s Catholic Church.

Memorials may be made to St. Jude’s Church.