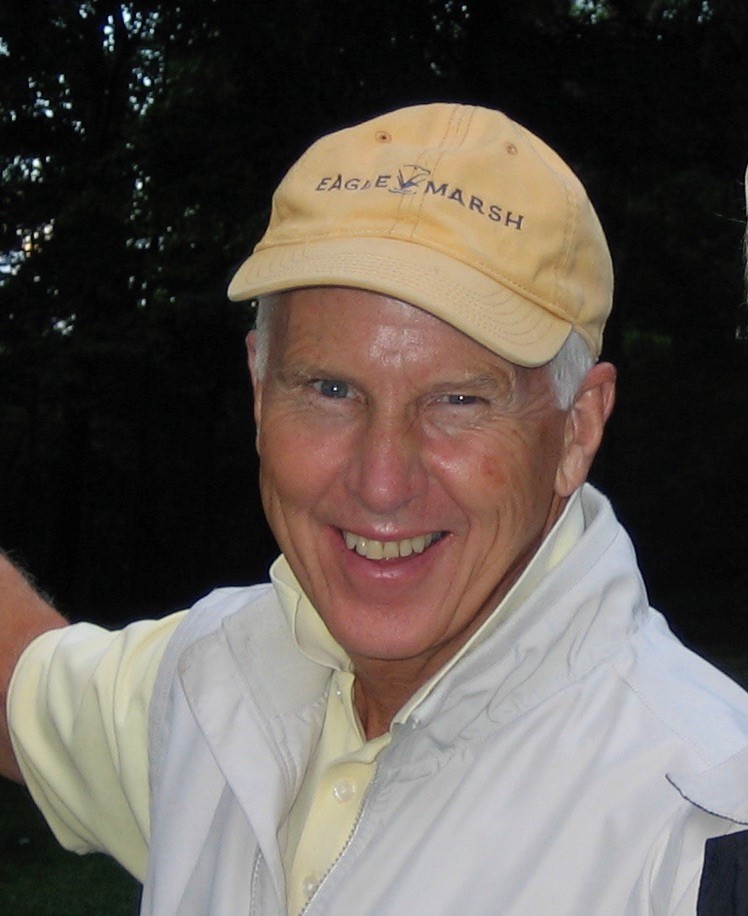 Jack Denton Utley, Jr. was born in Erie, PA on September 30, 1941 to Margaret and Jack D. Utley, Sr..  His family (including his sister Susan and brother James) lived in their home on upper State Street in Erie.  He met and began dating the love of his life, Heidi Ann Martin, at Academy High School in 1957.  He swam and played water polo at Academy, and was deemed the “Otter” by his coach and mentor, Frank Pettinato.  He was a lifeguard at Presque Isle during high school, again working for Big Frank.  After graduating from Academy in 1959, Jack studied Hotel Restaurant Management at Michigan State University, where he was President of the Psi Upsilon Fraternity.  Jack graduated from Michigan State in 1963.  Heidi and Jack married later that year, and had their son David in 1964.

Jack went to work for a big hotel chain in Columbus, OH, managing the “back of the house” which included the kitchen, restaurant, bar, front desk, laundry, parking, and housekeeping.  After one year, Jack determined that “working for the man” was not for him.  So, he hit RESTART.  He and Heidi (and David) moved back to Erie, PA to a tiny flat on Plum Street, one block from Heidi’s parents.  Heidi taught elementary school to make ends meet.  Jack worked as a delivery guy for a local Erie florist.  He enrolled at Gannon to complete the science courses necessary to apply to dental school, he applied to Pitt Dental School, and he got in!!  He graduated from Pitt Dental in 1971.

Jack then joined the U.S. Navy as Lieutenant stationed in Key West, FL,  He worked as a dentist in the clinic on the Naval Submarine Base (Key West) as well as the Naval Air Station (Boca Chica).  Jack bought a fishing boat, learned to dive and fish, and thought that Key West was quite literally Heaven.  He, Heidi, and David would pull the boat up on the beaches of idyllic spots like Ballast Key and Snipe Point to snorkel, fish, and lounge. Jack and his buddies fished and dove every week, and caught a lot of Dorado, Sailfish, Marlin, Gooster, Grouper, Snapper, Yellow Tail, and of course, Grunts.  He passed away as Retired Naval Lieutenant Commander.  Thank you for your service.

In 1973, Jack and his family moved to Chapel Hill, NC, where he completed a fellowship in the orthodontic dentistry masters program.  During that time, Jack and his son David became die-hard Carolina basketball fans, cheering for Dean Smith and his players.  Jack and David remained Carolina fans and cheered together during the recent 2022 Carolina defeat of Duke in the final regular season game as well as the final four of the NCAA tournament.

In 1975, Jack and his family moved back home to Erie, PA where he started his orthodontic practice.  Over the next 40 years, he helped create thousands of beautiful smiles in both children and adults.  When you go anywhere in Erie with Jack, you often hear people say, “Hi Dr. Utley, you did my braces when I was in high school!” or “Hey Dr. Utley, thank you for my smile!”

Jack was selfless.  For him, it was about “others”, and NEVER about him.

He was always in the service of his family, his friends, his patients and their parents.

Jack loved to fly, earning his pilot’s license in the Navy from a fighter pilot instructor.

He was also a good barterer, evidenced by the fact that he got to fly in an F-4 Phantom with one of his fighter pilot patients, in exchange for a root canal for the pilot.  After the Navy, Jack owned and operated several aircraft (Cessna, Bonanza).  And in his giving nature, he would often offer to fly his friends to a race, graduation, or wedding for the pure joy of it.

Jack loved the water and loved his boats, including a Mako open fisherman in Key West, his Grady White dream boat in Jupiter, and a 4Winns ski boat in Erie.

He played tennis competitively until 1986, and then turned his athletic focus to endurance sports like cross-country skiing, swimming, biking and running.  He competed in the Erie Quad Games at least 30 times and myriad other races (World Loppett ski marathons, mountain bike races, open water swims, triathlons).  His biggest athletic achievement was completing the Hawaii Ironman in 1987 and 1989.

Jack took up golf in his sixties at Kahkwa.  He and his buddy won multiple club championships as a team.  Jack also posted a club championship win or two as a solo golfer.  He was able to shoot in the mid 80s right up until he turned 80.  Jack was known to hit at least 100 practice shots or putts for every real live shot or putt on the course.  His friend and Kahkwa golf pro told the story that “one night around 10 pm, we noticed that a golf cart was missing.  We thought, that must be Jack.”  They went on a search and found Jack putting for practice on the 6th green at night using a head lamp.

In lieu of flowers or donations, please consider paying it forward TODAY in honor of Jack.  Do something for another person, any other person, that is purely for that person’s benefit and joy.  When they say thank you, act surprised, or give you a smile….think of Jack.  Peace.