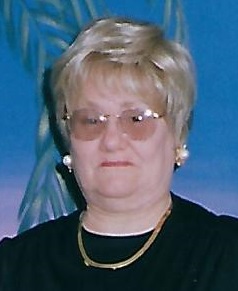 Irene V. Soety Fletcher, 84, of Erie, passed away on Sunday, November 28, 2021 surrounded by her girls, after an extended illness.

She was born August 2, 1937 in Union City, a daughter of the late Rexford Soety and Genevieve Visniesky Soety.  She resided in Erie most of her life.

Irene owned and operated Irene’s Beauty Salon in the Perry Plaza.  She worked for the Salvation Army as the general manager for many years, from which se retired.  She also worked several other jobs at this time.

After retirement, Irene volunteered at different food banks, the most consistent being Community of Caring on East 21st street.  She truly loved helping and providing service to others.  Her huge heart was only matched by her selfless and feisty personality.

Irene loved to do crafts.  She made many beautiful sweaters, scarves and gloves.  She also made many gifts for weddings and baby showers.  She enjoyed making pizzelles, candy and popcorn balls during the holidays with her girls.  She also loved making biscuits for her beloved dog, Cookie.

Her first love, however, was traveling and spending time with her loving late husband, Jerry Fletcher.

Irene loved spending time with her family, in particular, her daughters, granddaughters, great-grandchildren and her sister, Barbara.

At Irene’s request, no calling hours will be observed.  A small celebration will be held for her girls and their families only at a later date.  Arrangements are under the care of Burton Quinn Scott Cremation & Funeral Services Inc., Downtown, 602 W. 10th St., Erie.