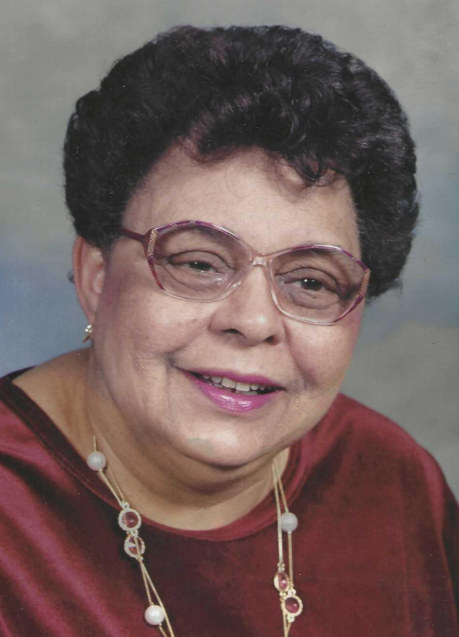 Grace L. Ritchie Chance, age 91, passed from labor to reward on Saturday, May 01, 2021. She was the daughter of the late Reverend Bud Ritchie and Goldie Mangus Ritchie, of Meadville, Pa.

Grace was born on September 18, 1929, in Saegertown, PA. She was 1 of 7 children. “Amazing Grace” as she was affectionately known, was an incredible Woman and most certainly, a Woman of God. She was very active in her church, St James AME, Erie, Pa. Grace was a Trustee, Steward, Missionary, and participated in the Kitchen Ministry, working diligently during annual conferences. She volunteered for EmergyCare for 20 years in their annual membership drive. Grace was a cosmologist extraordinaire. She owned and operated her own beauty salon, Hairstyles by Grace. She had acquired all 4 licenses. Grace was not only a Cosmetology teacher, for JH Thompson Academy, she was also a consultant for TONI&GUY Hairdressing Academy. She would retire as a Pennsylvania State Board Examiner. Grace married her husband, Attorney Frank T. Chance, who also served as a Lieutenant Colonel of the United States Army. They were married at Fort Breckenridge, KY on April 26, 1953. Grace traveled extensively during her husband's military career both international and domestic. Her favorite places were Hawaii and Mainz, Germany, where she lived for several years. Grace was the most efficient and organized for her family. She was active in every military move she had, working with the spouses of Officers. Grace’s greatest love was her family. She adored all of her siblings, and family wholeheartedly. Grace was active in her children's and grandchildren's activities and was called “Grandma” by her grandchildren and “GiGi” by her great granddaughter.

Delvon S.Henderson II, of Erie, Monica (Martin Johnson), of Pittsburgh;  one great granddaughter, Brynn Renae; sister, Sandra Ritchie, of Meadville; special cousin, Louise Hawkins, of Canton, OH; best friend, Candy Ricard, of TX; close friends, Merva Martin and Emogene Manus, both of Erie; many friends from Meadville and her beloved Bethel AME church, in Meadville, where she had her humble beginnings serving the Lord; many nieces and nephews including her special niece, Sidney Williams of Buffalo, NY.

Due to Covid-19 restrictions and her wishes, a private viewing and committal service will be held at the convenience of the family on Thursday, May 6, 2021. She wants to be remembered as you last saw her and through the many times, good times you shared with her.