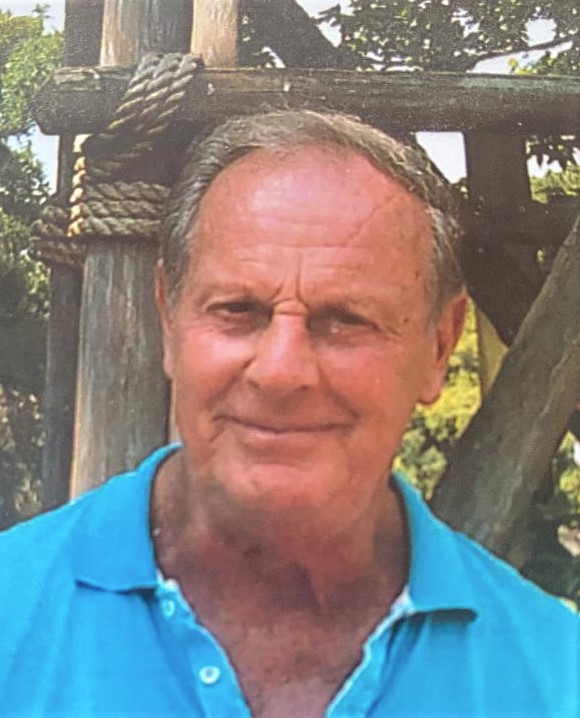 Gerard “Jerry” T. Uht, Sr., 91, passed away peacefully in the comfort of his home on Sunday, April 25, 2021, surrounded by his loving family.  Born on September 22, 1929, Jerry was one of three children born to Carl and Mary (Kinney) Uht.  He was the middle child between older brother James and younger sister Marilyn.

Growing up on Erie’s west side, Jerry graduated from Strong Vincent High School in 1946 at age 16.  An outstanding multi-sport athlete, Jerry’s true passion and talent was baseball.  Jerry excelled at the sport and has long been regarded as Erie’s “Mr. Baseball.”  He captained Strong Vincent’s baseball team for two seasons.  Following graduation, Jerry signed a Major League Baseball contract with the Cleveland Indians in 1947.  He was initially assigned to Mattoon, Illinois.  In 1949, Jerry moved up to Class D ball with Batavia (New York).  He eventually rose to Class C in Pittsfield (Massachusetts), and then climbed to Class B with the Harrisburg Senators in 1951.  Jerry greatly appreciated and deeply treasured the fact that he was voted the fan’s favorite player in each of the four cities he played professional baseball.

On his way to the big leagues, Jerry broke his wrist.  He returned to Erie, where he founded the Erie Lakers semi-pro baseball team, serving as the team’s player/coach for several years.  Simultaneously, Jerry graduated from Gannon College with a degree in English.  In 1962, he risked everything and started his own business called Professional Answering Service, which later expanded and became Professional Communications.

Jerry played a key role in local semi-pro and professional baseball throughout his storied career.  Further, he was actively involved in the Glenwood League as a player, coach and sponsor.  The Glenwood League remains the oldest, continuously running semi-pro baseball league in America.   A humble and simple man, Jerry was never one to read his own press clippings. He still owns a Glenwood League record for hitting three consecutive home runs in one game.  The sweet swinging, left-handed, first baseman was also known as an outstanding fielder.

As a founding member of Team Erie, Jerry vigorously dedicated himself to bringing professional baseball back to downtown Erie.  Team Erie was a monumental success and in 1995 delivered a first-class downtown ballpark.  For his efforts and despite his adamant protestations, the park was named “Jerry Uht Park.”  Although primarily home to the Erie Seawolves, currently a Detroit Tigers AA affiliation, it was important to Jerry that this baseball park also serve as a community park for use by local baseball players at all levels.

Jerry was a 1991 inductee into the Pennsylvania Sports Hall of Fame, Metro Erie Chapter. Throughout his life, Jerry was a devoted Catholic who quietly and anonymously served as a benevolent philanthropist and volunteer for several clubs and charities throughout Erie County.

Jerry and his wife of 49 years, Natalie (North), were the parents of nine children.  Jerry most valued and treasured his children, grandchildren, and great-granddaughter.  Jerry is survived by his children, Mary Beth Becker (Andrew), Elizabeth “Libby” Zimm, Suzanne Trucilla (John), Aimee Baumann, James (Connie), Robert, Helen Agresti (Michael), and Eileen Geffre (Michael).  He is also survived by 27 grandchildren and one great-granddaughter, as well as his sister, Marilyn Garfield.  Tragically, in 2008, Jerry lost his oldest son, Gerard T. Uht, Jr., at age 44.

Jerry was also predeceased by his parents, and his boyhood idol, his brother Jim, who was killed in 1945 serving his country in WWII, two weeks before the war ended.  Additionally, Jerry was predeceased by a son-in-law, Larry Baumann, and is survived by a former daughter-in-law, Debbie Uht.

The family would like to thank the medical staff and personnel (doctors, nurses, aides, and social workers), at UPMC Hamot and Hospice Erie who had cared for Jerry.  Jerry will also be lovingly missed by his longtime special friend and neighbor, Heidi Sullivan.  The family would also like to give special thanks to Jerry’s loving and trusted personal care attendant, Mariana Heberle, for her compassionate and devoted care.  Jerry will also be missed by his golden retrievers, Millie and Meggie.

Jerry will long be remembered as a selfless and quiet man known for his understated class and dignity.  In memory of his life, we say:  Well-played Papa. Now, “touch ‘em all!”

Funeral arrangements will be handled by Quinn Funeral Home, West 9th & Liberty St..  In light of COVID-19 and in respect for Jerry’s wishes, there will be no public viewing and the family will gather for a private Mass and ceremony.  In lieu of flowers, donations may be made to the ANNA Shelter, 1555 E 10th St, Erie, PA 16511; the Emmaus Ministries Soup Kitchen, 218 E 11th St, Erie, PA 16503; and/or the Catholic Diocese of Erie Priest Retirement Fund, Retirement Fund for Religious, c/o Office for Religious, 429 E. Grandview Blvd., P.O. Box 10397, Erie, PA 16514.