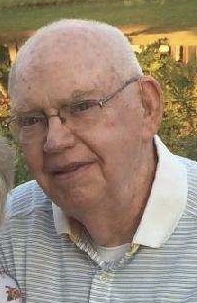 He was a 1959 graduate of Northern Potter High School in Potter County, PA and a graduate of Humboldt Institute in Minneapolis, MN.  He was a customer service manager for 33 years at US Airways and was previous owner of Closet Systems for 10 years.

Frank loved to travel, enjoyed golfing, fishing, Nascar and gardening.  He was a park ranger for the Zem Zem Shrine Club RV Park and a member of the Lake Erie Lodge No. 347 F.&A.M., Scottish Rite Valley of Erie and Zem Zem Temple Shrine.  He was a Boy Scout Leader for many years.

In addition to his parents, Frank is preceded in death by a brother, Wilton “Bill” Furman and a sister, Jacqueline Glassmire.

Frank is survived by his wife of 62 years, Janet Furman; sons, Timothy A. Furman and his wife Carol of Waterford and Jeffrey L. Furman and his sweetheart Ann Arts of Tucson, AZ; daughters, Cheryl L. Young and her husband Robert of Tucson, AZ and Stacey A. Hetrick of Fairview; grandchild, Madalynn Hetrick of Pittsburgh, his four legged buddy Marshall and several nieces and nephews.

Services will be held at a later date.