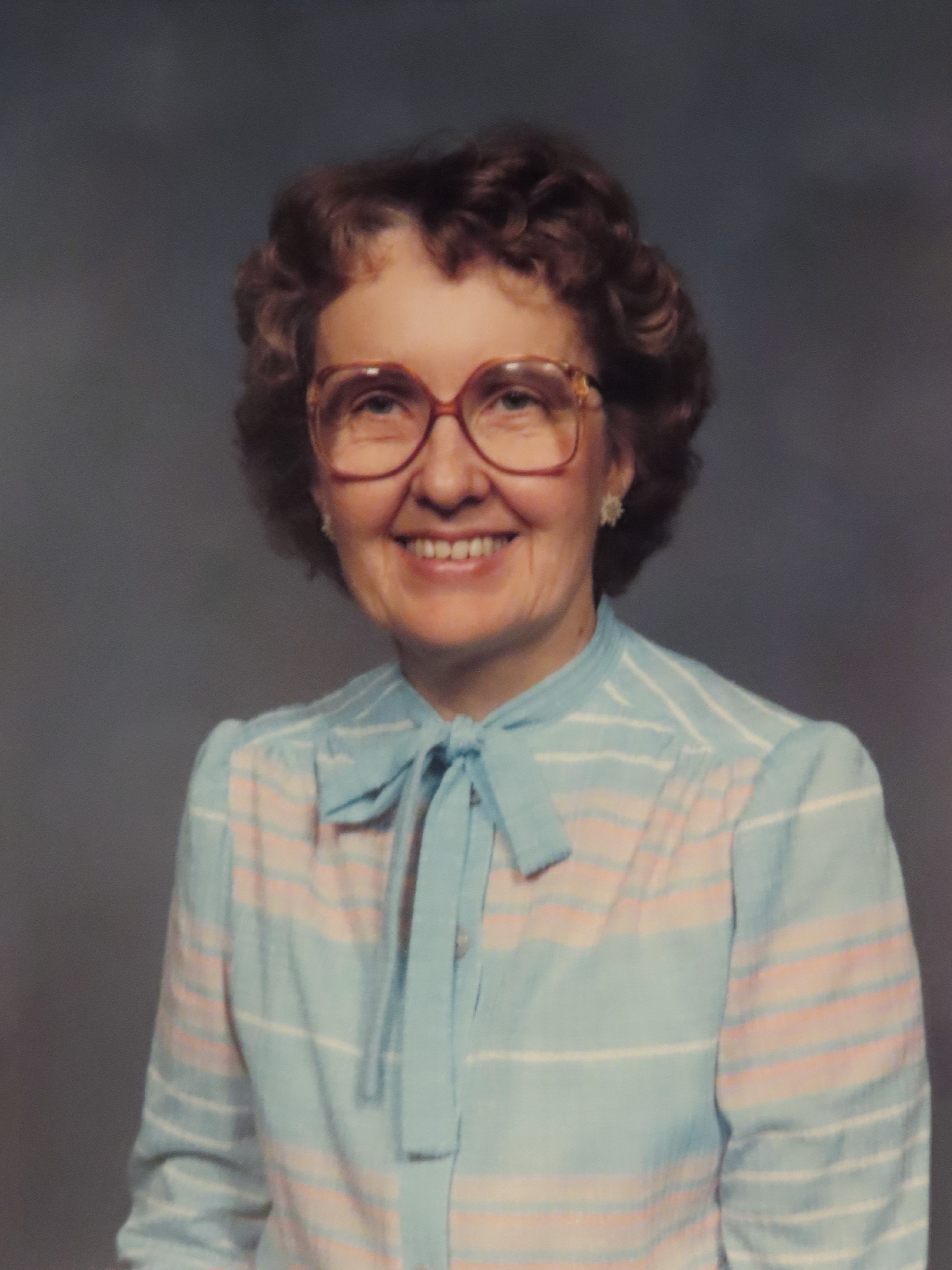 Evelyn received a BS degree from the University of Pittsburgh in 1948.  She had lasting friendships and fond memories from her schooling years – Riverside Grade School, with one teacher for two grades in each of the four classrooms; Ferndale High School, where she enjoyed being the pianist for some of the school’s soloists and special events, plus a year in the marching band with an alto horn; three years enrolled as a Pre-Med student, with a chemistry major and a biology minor, at “Junior Pitt” in Johnstown, where she met her future husband, and where she was one of the DDK’s (the “Darn Dumb Kids”) as she and her friends called themselves.  Lastly, a year on the Pitt main campus in Pittsburgh, sharing a small room with two roommates who became lifelong friends.

After graduation, Evelyn worked at Memorial Hospital in Johnstown, as the pathologist’s lab assistant.  Upon her marriage to Robert E. ‘Bob’ Anderson in 1951, she moved to Erie, where her husband worked as an electrical engineer at the General Telephone Company.

An article that Evelyn wrote, when she was ten years old, was printed in the Childrens Contributions section of Saint Nicholas Magazine.  That was the start of her writing career.  When she was twelve, she was surprised to receive checks from that magazine for two of her articles published in their nature column – one on ant hills, and one on wild columbines.  Through the years, she has had her photographs as well as her articles printed in a number of magazines, but was most grateful to the Times Publishing Company, as they began publishing her articles, in 1975, in the Weekender, and then in the Erie Morning News.  In 2012, her final (after 28 years) Nature’s Way, and final (after 35 years) Nature Watch columns appeared in the Erie Times-News.

Evelyn and Jean Stull published “Nature Watch,” a book that covers ten years of those Erie area nature sightings.  Her book “Stars and Flowers” contains her verbatim interviews with almost 150 celebrities about plants and flowers.

Her “History of the Presque Isle Audubon Society” is on CD, thanks to unique ingenuity at Edinboro University, that captured her narrative as she projected onto a wide screen, slides that she and her husband took of it from its beginnings as a Nature Club.  In the 1960’s and 1970’s she gave many programs like “Little Grains of Sand” to garden clubs and educational groups, by narrating while projecting her slides on the big screen that she brought to those meetings.

Evelyn was one of the twelve named “Woman of the Year” in 1995 by the Mercy Center for Women.  A writer most of her life, she found herself wordless when she was honored by the Daughters of the American Revolution, National Conservation Committee in 1991; by the Carrie T. Watson Garden Club; by the Presque Isle Audubon Society in 1994, and then again in 2006, with their Environmental Award; and by the Cleveland Museum of Natural History, when they presented her with their Conservation award in 1994.

She was amazed to find a copy of a “County of Erie Proclamation” in her mailbox, and read its beautiful descriptions of a special county bird, flower, tree, shrub, grass, animal, butterfly, fish, and insect, followed by “….therefor I, Judith M. Lynch, County Executive, on behalf of the residents of Erie County, and in support of the Presque Isle Audubon Society, do hereby proclaim that the following natural resources serve as emblems of the County’s rich natural heritage” with the common and scientific names of each species described.  It was signed by the County Executive “on this 16th Day of April, 1996.”  Undoubtedly it was a quick, official response to Evelyn’s column that month when she wondered what species would best represent Erie County.

Evelyn, a member of the Order of The Eastern Star, joined Johnstown Chapter No. 183 with her mother, before she was married.  In Erie, she was a member of Chapter Q of P.E.O.  She and her husband joined the First United Presbyterian Church of the Covenant when they came to Erie in 1951.  She participated in Koinonia.  She and her husband enjoyed helping with the Erie Nature Club as it evolved into the Presque Isle Audubon Society.  Evelyn was also a member of the Western Pennsylvania Botanical Society, the Erie County Historical Society, and the North East Ohio Naturalists.

In addition to her parents, she was preceded in death by her husband Robert Eugene Anderson, on January 2, 1976; their son Kenneth ‘Ken’ Robert Anderson on January 4, 2020; and her daughter-in-law Christine Louise (Baker) Anderson.  She is survived by three grandchildren: Nicholas Michael (Shannen), Kimberly Theresa (Peter J. Amarose, Jr.), and Jennifer Marie; and eight great-grandchildren: Seth, Alivia, Samantha, Kailey, Peyton, Charleigh, Zachary, and Jasper.

Memorials to any of her favorite organizations would be most appreciated.