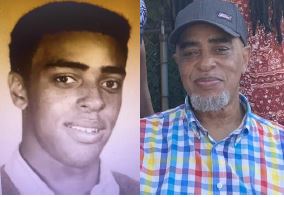 Ellis Crockett, age 75, of Erie, passed away Wednesday, January 18, 2023, surrounded by his loving family. He was born in Houston, Mississippi, January 18, 1948, to the late Hughnette Crockett.

Ellis was a graduate of East High School. He was employed At Continental Rubbers, National Forge and later retired from Better Baked Foods after 20 years of service. Ellis was formerly a member of Shiloh Baptist Missionary Church where he served on the Deacon Board for 10 years and was a member of the Male Chorus. He later became a member of Word of Life Christian Center International where he continued his service to Christ as a Deacon and member of the Intercessory Prayer Team.

Ellis loved spending time with his grandchildren and great grandson. He enjoyed outdoor activities such as bird watching, fishing, and gardening. He was a movie buff who loved the great classics and was a diehard Pittsburgh Steelers fan. Ellis would gladly lend an ear to friends, family and strangers alike. He always offered thoughtful and generous words of encouragement. Ellis loved to study the word of God and share the gospel with anyone who would listen. He was led by the Lord Jesus Christ in all that he did. He could often be found in the wee hours of the night or early in the morning reading his bible and studying to show himself approved unto God 2 Timothy 2:15.

In addition to his mother, Ellis was preceded in death by his sister, Brenda Heidelberg.

Friends may call on Thursday, January 26t, 2023 at the Word of Life Christian Center International, 660 Hess Ave, Erie PA 16503 from 10:00 a.m. until the time of the service at 12:00 noon. Interment will follow at Wintergreen Gorge Cemetery.