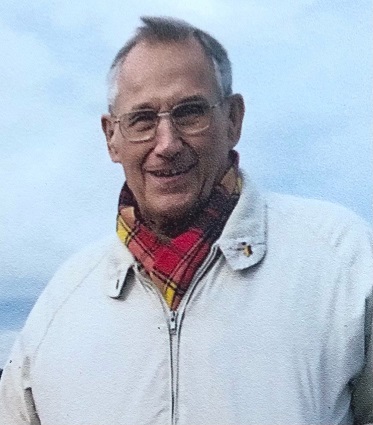 Ed was a 1952 graduate of Strong Vincent High School, studied business at Penn State Behrend and continued his studies at Gannon University and Erie Central.

He was employed at Haysite Reinforced Plastics in various positions before becoming Customer Services Manager, a position he held until his retirement after 35 years of service. He served in the United States Army from 1955 until 1957. He was a licensed realtor, plumber, and charter boat master and captain. He was also a member of the Flagship Niagara League.

Ed was an avid sailor throughout his life. His great delight was to be on the waters of Lake Erie. His other love was his town. Ed loved Erie and was proud to call it home.

In addition to his parents, he was preceded in death by two brothers, DJ Sopp and Allison E. Sopp; a sister, Betty J. Williamson.

He is survived by a son, Jeffrey P. Sopp and his wife Kathleen of Holly Springs, NC; two daughters, Kelly A. McLaughlin and her husband Tim of Millcreek; Elizabeth A. Quinn and her husband David of Rodenbach, Germany. Further survived by six grandchildren, one great granddaughter and many nieces and nephews.

He was a member of Community United Church.

Services will be held at the convenience of the family. Arrangements entrusted to the Burton Quinn Scott Cremation and Funeral Services at West Ridge, 3801 West 26th Street.

Ed will be remembered for his generosity of heart and his devotion and love for his family. He always had a smile and a hug, time for a chat and pictures to show of those he loved. He will be missed.