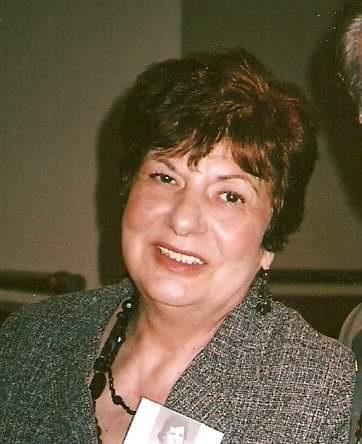 Donna J. Wilson (DeFelice) departed peacefully at Fairview Manor on the morning of May 4th, 2022 at the age of 82.  Donna, or Dee as she was commonly called, was born in Youngstown, Ohio to Dominic and Julia Rinko DeFelice on Sept. 25th, 1940.

Donna was a proud Alumni of Chaney High School, Class of 1958, where she was an integral part of her class reunion planning committees for over 40 years.  Donna worked as a meat packer/deli associate for Sparkle Markets for over 25 years and was a very proud UFCW Union member until she retired due to injuries sustained on the job.  Having been an injured worker and witnessing the distress she and other injured workers endured, she helped form a non-profit for injured workers to access help in navigating the system. Ohioans Helping Injured Ohioans was her heart and soul for many years.

Donna also volunteered at the Youngstown Playhouse, a place she took her younger of two daughters for acting classes and fell in love with watching her on stage.  For many years, Donna and her beloved sister Geri DeLuca, (who preceded her in death on Nov. 7th, 2020) were highly involved in the Democratic Women’s Society of Youngstown, Ohio.  You could find them both campaigning, working the polls and helping at all the democratic picnics and Canfield Fair tents each summer. Donna was the 4th Ward Democratic precinct committee person from 1994 to 2012, and Treasurer for the Mahoning County Democratic Party in 2006. She was integral in many campaigns from Presidents to Precinct Committee Person. She loved her country, history and politics.

In 2012 Donna moved to Erie, PA to be closer to her youngest of two daughters.  Donna resided at Fairview Manor since 2015 where she advocated for bookcases, a fresh vegetable garden and picnic dinners. Donna beautified her hall at the Manor by gluing puzzles together and placing them at the doors of each resident. Donna loved reading, drawing, painting, watching Nascar, listening to Barbara Striesand, watching the Cleveland Browns and Indians, mixed berry pie, listening to her granddaughter Lauren sing, and telling people about her grandkids.

Donna’s last wish was to be cremated, planted with a tree and watered often.  She would not want you to be sad of her passing but happy in knowing she went peacefully after years of physical pain. She would want you to VOTE and make an educated vote.  She would want you to laugh, eat good food and drink the best vodka they offer.  To honor her life go VOTE, go out to eat, let the vodka pour (she drank it straight) while watching the election results. She will be doing the same.

“Patriotism is not a short and frenzied outburst of emotion but the tranquil and steady dedication of a lifetime.” - Adlai E Stevenson, 23rd Vice-President of the United States.