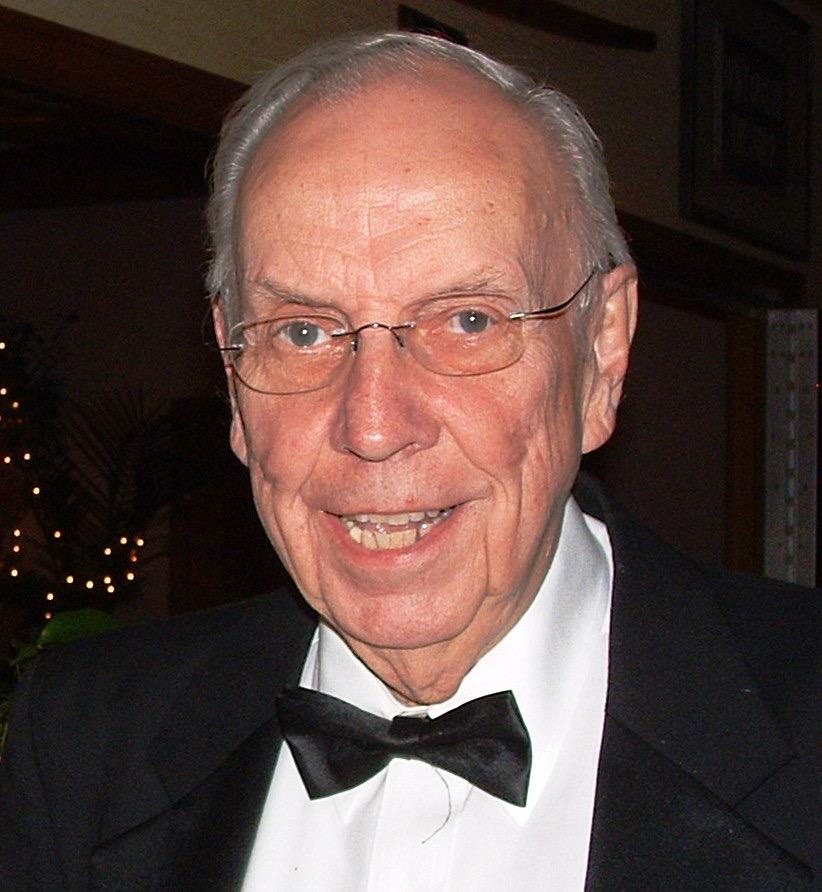 Donald A. Brotherson age 95, of Millcreek peacefully passed away surrounded by his loving wife of 74 years and family at home on Friday, July 16, 2021.

Donald graduated from Academy High School in 1943 and immediately served active duty during WW II for the United States Navy. He received specialized training at the University of Chicago as a radio operator.

In his early years, Donald was employed at General Telephone and had several side jobs as a TV Repairman and wedding photographer while completing his undergraduate and Master’s Degrees in Economics at Gannon University. He could also be heard on WJET Radio delivering the daily stock report.

Donald became the first CFP in Erie and worked as an Investment Planner. He later became the VP Manager of Morgan Stanley and taught Finance courses at Gannon University.

He was a committed and loving family man who was available for anyone at any time and always helped in any way he could. He lived by the creed that with drive and determination you could accomplish anything. His can-do attitude and a zest for life were contagious.

He was a member of the VFW Post #470, Erie Maennerchor Club, Zem-Zem Shrine Club, Danish Club and the Erie Yacht Club where he was an avid boater and loved being on the water. Donald also served as Chairman of the Board for Florence Crittenton.

In addition to his parents, he was preceded in death by a brother, Lynn Brotherson.

Friends may call at the Burton Quinn Scott Cremation and Funeral Services, Inc. 3801 W. 26th Street on Monday from 5:00 p.m. to 8:00 p.m. and are invited to attend a service there on Tuesday at 1:00 p.m. Burial to follow in Laurel Hill Cemetery.