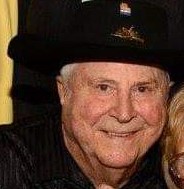 On Monday June 7th 2021, Chet Aleks left this world and began his journey to find his parents and brothers and sisters who had all preceded him in death. Several family members were with him when he embarked from his favorite room (the Game Room) in his home.

Chet was born on January 11th, 1930 on the Lower East side of Erie. He attended St. Casmir's grade school and graduated from East high School in 1949. He joined the U.S. Army and served in Germany from 1951-1953. Upon returning to the states, he met his future wife to be, Nancy, and he was employed in new home construction for the Baldwin Brothers for several years, then later getting a job with General Telephone as a line-man cable splicer. In the late 60's he transferred into the General Telephone main switch room where he worked until 1974.

In the mid-60's Chet purchased a snowmobile, back when they were a rarity. He had always wanted to be self-employed so in 1968 he began a small part-time backyard business know as Chet Aleks snowmobiles while still working for the telephone company. Over the next few years as business grew, it was re-named Chet Aleks Yamaha and he now worked there full-time. Chet’s second love was always the water and boats, so adding boats and a name change to Chet Aleks Yamaha & Marine. A second location was opened, with a later consolidation and re-location to 15th and Peninsula Drive. In pursuit of his love of boats and water and fishing, he obtained his Charter Captains license and operated two boats known as “Big Bear” and “Little Bear”, taking fishing customers out into Lake Erie for salmon fishing trips. He was one of the first to utilize down riggers for deep water fishing of salmon. His last major business expansion was the acquisition of Cherry Street Marina on Erie's bayfront, where he personally expanded and increased the number of boat slips, which he and his wife managed until his retirement in 2003.

Chet was the ultimate outdoorsman, and at an early age took up hunting and fishing. No matter the season, there was always a type of game to hunt. And he was good at it. Once his businesses were up and running he joined the Safari Club International and began hunting trips and safari's that took him to all the major continents of the world. On several occasions his wife Nancy went along. Over the years he bagged many various trophy animals and received recognition for such from the Safari Club International. He was a strong 2nd amendment advocate and a Life Member of the NRA. Chet was a member of Saint Boniface church, a member of the S.O.N.S. of Lake Erie, the Commodore Perry Yacht Club, along with several other local hunting, fishing, and gun clubs.

Friends may call at Burton Quinn Scott Cremation and Funeral Services, Inc., Wintergreen, 2532 Norcross Road, on Friday, June 11, 2021 from 2 p.m. until the time of service there at 6 p.m. with Reverend Leo Gallina officiating.

Inurnment in Mary Queen of Peace Cemetery Mausoleum will be private and held at the convenience of the family.