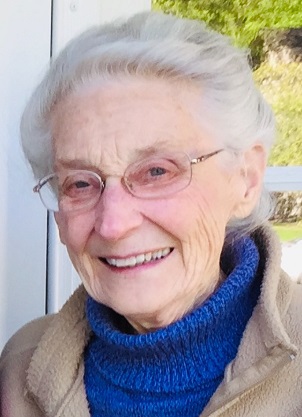 Catherine (Kaya) Wassell, age 94, passed away November 26, 2021, at her home following a brief illness. A lifelong resident of Erie, Kaya was born on August 9, 1927. She was the daughter of the late Onisefor and Christine Bashlaminova Gorbatoff and devoted wife of the late Kenneth Wassell.

Following graduation from East High School, she immediately began working at AMSCO. She later held positions with General Electric and Felheim-Hanrin, Inc. before retiring from the County of Erie in 1989.

She was an active member of the Russian Orthodox Church of the Nativity, reading and singing on the choir in her youth. She was also a member of the Church’s Ladies Auxiliary and was one of the “baking ladies.”

She enjoyed reading mystery novels and working on crossword puzzles, but received the most joy from being a part of her grandchildren’s lives and watching them grow up.

In addition to her parents and husband, she was preceded in death by five brothers, Joe, Tim, Frank, and George Orloff and Tom Gorbatoff; and two sisters, Jennie Wassil and Frances Gorbatoff.

Survivors include her son Mark Wassell and his wife Pamela; and two grandchildren Theodore and Mary Wassell. She is also survived by sisters-in-law Julie Gorbatoff, Anastasia Stonick, and Patricia Wassell, and many nieces and nephews.

Family and friends are invited to call at the Russian Orthodox Church of the Nativity, 251 East Front St., on Tuesday, November 30th from 9:00am until the time of the funeral service there at 11:00am. Burial will be in St. John the Divine Cemetery. In lieu of flowers, memorials may be made to the church's Endowment Fund.

Condolences can be sent to wwwBurtonQuinnScott.com.