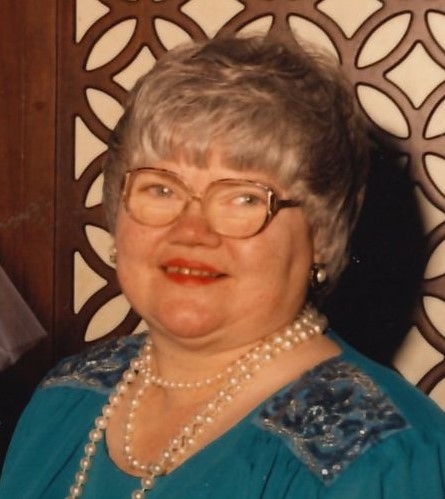 Born in Coshocton, OH, on September 3, 1941 a daughter of Matthew Robinson and Elizabeth Casey Robinson.

She was a graduate of the Roscoe School District and graduated from the Good Samaritan Hospital School of Nursing in Zanesville, OH, in May 1962.  She was employed as a registered nurse at St. Vincent Hospital in Erie from 1967-1968 and at Brevillier Village from 1968 to 2003.  She was a member of St. Mark’s Episcopal Church in Erie.

Beverly was preceded in death by her husband Vircel R. Kimmy; one brother, Ronald Robinson; and one sister, Janet Robinson.

She is survived by a sister, Marilyn Robinson of Cleveland; a brother Stan Robinson of North Royalton, OH; two daughters, Holly Kimmy, and Robin (Daniel)Tufts, both of Erie; one son, Kenneth Kimmy, of Erie; four grandchildren, Jacob Tufts, Stephanie Kernohan, Rachel Tufts and Dimitri Kimmy; and one great granddaughter, Cheyenne Kernohan; a niece Sherry Gunn and a nephew John Robinson.

Friends may call at the Burton Quinn Scott Cremation and Funeral Services, 3801 W. 26th Street on Saturday from 2:00 p.m. until the time of service at 4:00 p.m.

Burial will be in Erie County Memorial Gardens at a later date.

Memorials may be made to the Shriners Hospital for Children,  1645 West 8th St. Erie, PA 16505.  Send condolences at www.BurtonQuinnScott.com