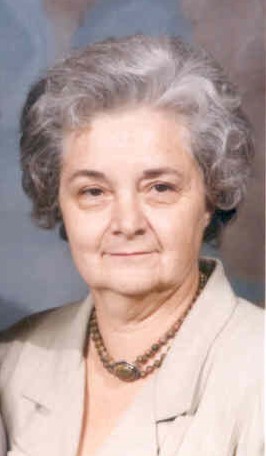 Barbara was born in Warren on June 13, 1932, daughter of the late Waldo William and Lois Cook Killmer. Barbara was raised on the Allegheny River in Tionesta near generations of relatives. She was particularly influenced by her grandmothers, Clara Dunkle Killmer who taught her to appreciate socializing and fine things, and Mable Blauser Cook who taught her about faith, hardwork and homemaking. Her parents worked together at their General Store and left holiday planning to Barbara which remained a passion well into her eighties.

Barbara graduated in 1955 from University of Pittsburgh with a BSN and moved to Erie to work for the Visiting Nurse Association.  Barbara met her husband Daniel Edward Wingerter on a well baby visit to Dan’s sister Nancy and niece Pam. Dan and Barbara married October 17, 1956 and made their home in Fairview.  Most summer weekends were spent at a cabin the couple built in Forest County.  She enjoyed knitting and baking. She kept an eye on Dan’s aunts and mother.  With four young children at home including a baby, Barbara supported Dan’s shift from a stable sales job to entrepreneur in 1970 when Dan founded Paragon Packaging Products in Girard. The children and several grandchildren eventually worked for Dan. When the older children were in college, Barbara returned to nursing as a nursing supervisor at Pleasant Ridge Manor.

Barbara’s outside interests began with the American Association of University Women, Americana study group and through this group she met women who went on to become members of ‘The Gourmet Group’ supper club in 1972 who became her lifelong friends. These friends shared a love of history, antiques, shopping and entertaining. Barbara and her friends were founding members of the Fairview Area Historical Society. She was a Trustee of Fairview Presbyterian Church, served on the Fairview School Board for 17 years including a term as Board President, and the Erie County Library board.  In 2018, Barbara’s hard work was recognized by the Fairview School Foundation when she was awarded the Barbara F Junker Community Service award.

Barbara was a Republican, loved to debate politics, and had a deep faith in God. In her youth, Barbara traveled with her mother and brother throughout the United States and later took the grandchildren on domestic trips eventually visiting all 50 states. She began her overseas adventures in 1982 with her dear friend Jackie Baker with a trip to China.  She went on to visit several countries on six continents.

Barbara was preceded in death by her husband of 58 years, Daniel Edward Wingerter, her brother Robert Edward Killmer and his wife Gretchen Fuellhart Killmer.

The family would like to thank the staff of Westlake Woods for her care for the last three years, and more recently UPMC Hospice.

Friends may call at Burton Funeral Home, 525 Main Street East in Girard on Friday July 22th from 3pm to 7pm and are invited to attend a funeral service on Saturday July 23rd 11 AM at Burton Funeral Home with Rev. Chuck Cammarata. Burial will be in Fairview Cemetery. A luncheon will be held at Madeline’s in Cranesville.

Memorials may be made to the International Rescue Committee, rescue.org; or the Western Pennsylvania ALS association, in honor of her son Daniel Wingerter Jr., webwpawv.alsa.org