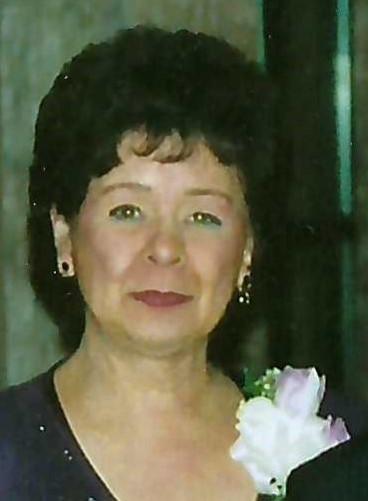 Audrey Rohan Zimmerley, beloved wife of Christian Zimmerley, passed away peacefully on November 16, 2021.  She was born in Erie, Pa March 30, 1943 to the late Charles and Betty Rohan.

A lifelong resident of Erie, Audrey aka "Dizzy" was a second mom throughout the years to many. Her house was the place to be, to hang out, play volleyball in the backyard in the summer, make pizza on Friday nights, and sleep on the deck under the stars.

She was also a force to be reckoned with, as she was the only sister to 4 brothers.  She loved playing bingo and was an accomplished golfer back in the day.  Her hole-in-one at Lawrence Park GC was a proud moment in her life.  But her most cherished and beloved moments were Sunday morning breakfast's at her house with all the grandkids.  She made award winning crepes and taught the kids an appreciation for Polka music.

She is survived by 2 brothers, Richard and John Rohan.  Her 3 daughters Michelle Greene (Eric) of Denver, CO, Marcia Storten (Dave Krasinski) and Tina Zimmerley (Tom Gray). Grandchildren William and Olivia Storten, Amelia, Julia and Victoria Greene and Peter Williams.  She was also "Gigi" to Elliana, her first great grandchild, who was the light of her life.

She was preceded in death by her parents, one son Jeffrey Zimmerley, 2 brothers Gerald and Thomas Rohan, and several aunts, uncles and cherished friends.

Friends are called to a memorial mass service on Monday 11/22/21 at noon, St Luke Catholic Church, 421 E 38th St, Erie PA with the Reverend John Malthaner officiating.  Friends can meet with the family at the church immediately preceding Mass at 11:30.  The family requests optional masks if you are unvaccinated.

"fly away, the time is right"