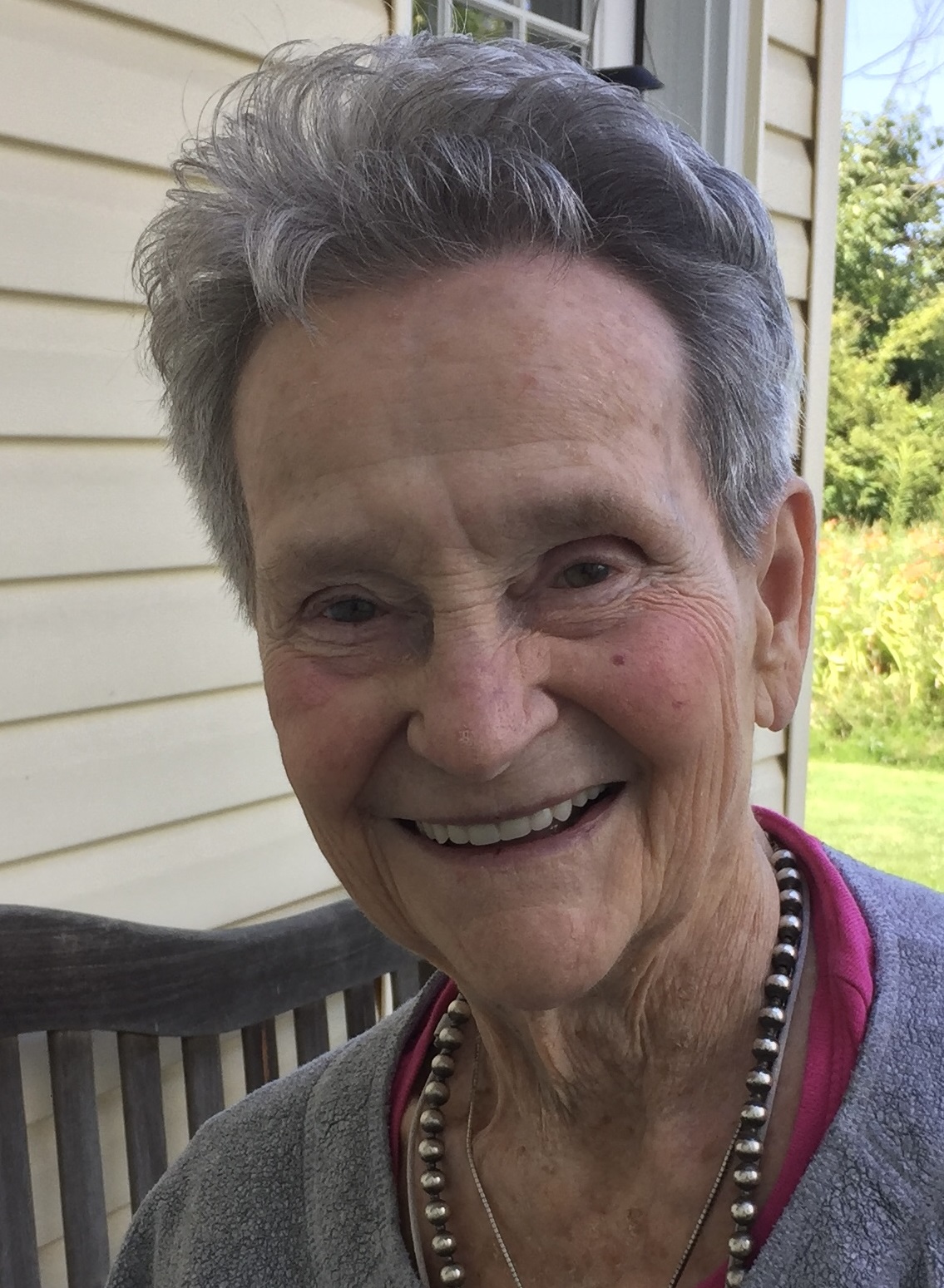 Amy grew up in Bethesda, MD and vacationed at Horseneck Beach, MA until it was devastated by The Great New England Hurricane on September 21, 1938, which was the most powerful hurricane in recorded New England History.  She went on to graduate from Moore College of Art.  While at college she met her future husband, Donald and together they settled in Erie, his hometown.

She was involved in many activities with Church of The Covenant and Hamot Aid Society. She enjoyed her bridge club and was a member of the Kahkwa Club.  She acted as Florence Nightingale for her family and friends, organizing care by cooking, providing rides and whatever was needed at the time.

Amy was also known for her creativity with writing and performing in a musical revue called “This is Your Life” and compiling a cook book called “Pantry Prescriptions” as fundraisers for the Medical Society.  She also made and sent many cards for every occasion.  She was a vivacious woman, loyal, a fighter and some would say opinionated.

In addition to her husband and parents, Amy was predeceased by her twin brother Winston B. “Steve” Stephens, Jr. and her sister Edmee’ Josephine “Jo” Davis.

The family would like to thank Interim Health Care, Home Instead and Lakeland Area Hospice who supported Amy in her final years.

Friends may call at the Burton Quinn Scott Cremation & Funeral Services Downtown, 602 West 10th Street on Saturday June 11th from 10 am until the time of service at 12 Noon.  Burial will follow at Laurel Hill Cemetery.